Australia's John Millman is into to his first ATP quarterfinal since January. 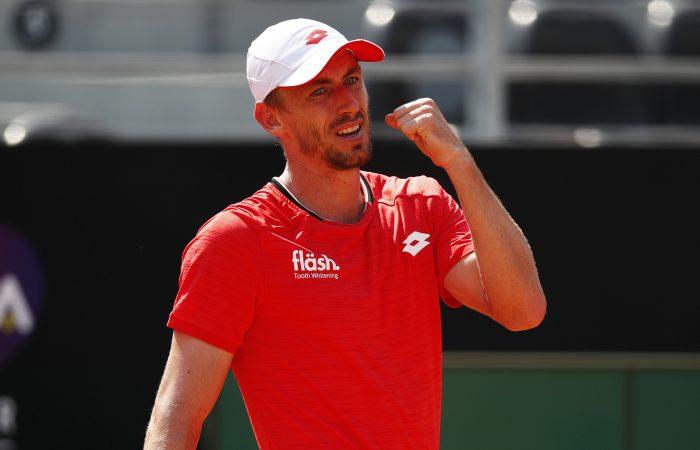 John Millman is through to the quarterfinals at an ATP 250 tournament in Nur-Sultan.

The fourth-seeded Australian advanced with a 6-3 6-4 victory against Fernando Verdasco, his second win against the Spanish veteran in as many weeks.

The world No.45-ranked Millman did not drop serve in the 82-minute match, saving all four break points he faced.

It is the 31-year-old’s best tour result since a quarterfinal appearance in Auckland in January.

Millman plays seventh seed Tommy Paul next. It will be his first career meeting with the world No.59-ranked American.

Australia’s John Peers and New Zealand’s Michael Venus have lost in the opening round of an ATP 500 tournament in Vienna.