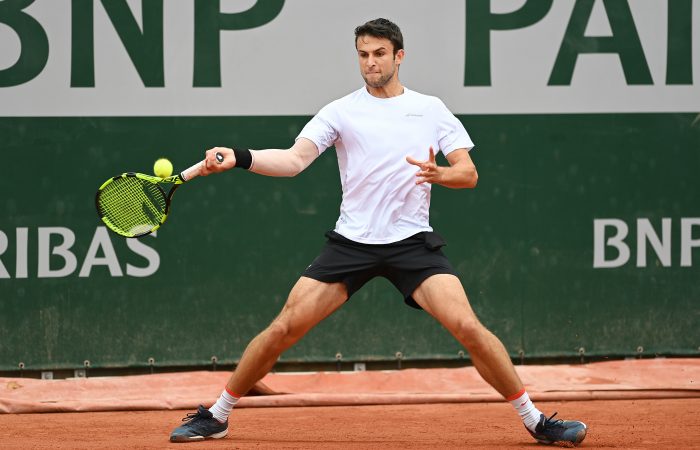 Aleksandar Vukic was enjoying a dream debut at Roland Garros.

The 24-year-old from Sydney recorded three consecutive wins against higher-ranked opponents to progress through qualifying, even saving two match points in his first round.

But the world No.193’s winning run has ended in the opening round of the main draw, with Spanish qualifier Pedro Martinez scoring a straight-sets win.

Vukic proved he belonged on the Grand Slam stage though, even earning two sets points against the world No.105 in the first set. He fired eight aces and 31 winners in the two hour and 12 minute match – but was left ruing only winning one of 11 break point opportunities he had.

“It doesn’t matter if you lose in straight sets or 16-14 in the fifth, it still sucks to lose. But there’s positives,” Vukic told AAP.

“Best-of-five sets is a different animal and I’ll learn a lot from it.

“This was one of my dreams to play in a Slam and I didn’t really think I was going to make it this far, especially when down match points in that first qualifying match.”

Vukic, who honed his skills playing US college tennis before turning professional two years ago, takes home the biggest prize money payout of his career and is also set to improve on the career-high ranking of No.190 he achieved earlier this month.

Fellow Australians James Duckworth and John Millman also lost in the first round during day two action in Paris.

American Tommy Paul, who won the Roland Garros boys’ singles title in 2015, had too much firepower for the No.91-ranked Australian. The No.58-ranked American hit 27 winners and only 14 unforced errors in the one hour, 43 minute match.

Alexei Popyrin and Marc Polmans are the last two Australian men remaining in the singles draw. They play their first round matches on day three.