In our Flashback Friday series, we look back at when Ash Barty won her first Grand Slam singles match at Roland Garros in 2013. 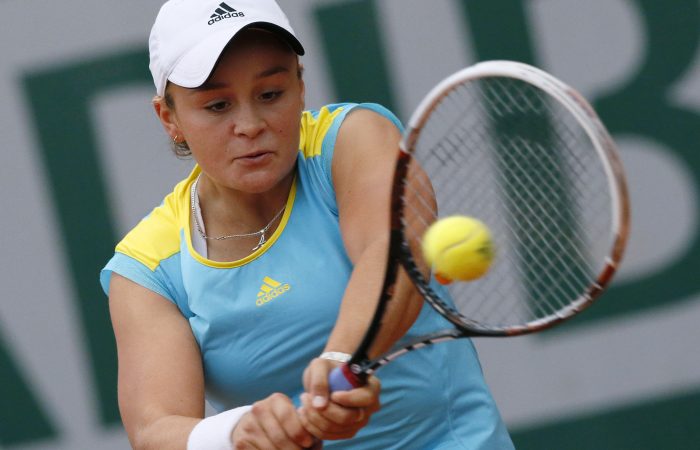 She enjoyed early success in doubles too, reaching the Australian Open final as a 16-year-old alongside fellow Aussie Casey Dellacqua in 2013.

It was on Paris clay, though, where Barty recorded her first Grand Slam main draw singles win.

“It was nice to get across the line. It was a bit of an up and down match, but Lucie played a great second set,” admitted Barty, who had turned 17 a month earlier.

The biggest singles win of Barty’s young career, having lost in the first round of her four previous Grand Slam main draw appearances, set up a clash with world No.12-ranked Russian Maria Kirilenko.

“Is that who I play? I haven’t even looked at the draw,” Barty told reporters at the time.

“Obviously she likes playing on the clay, but I haven’t even thought about it. Let’s be honest, I’ve never made it to a second round before so I wasn’t sure if it was worth (checking the draw).”

Kirilenko proved too strong, winning their second round match 6-3 6-1.

“It was just simply I was outplayed,” Barty conceded.

“I felt like I was playing pretty well, but just missing a few too many balls. Against a player 12 in the world, you’re going to get smashed when that happens.

“It’s disappointing to come out the way I did, but you live and learn.”

Barty has since proven that learning from experiences can deliver major rewards.

“I never dreamt that I’d be sitting here with this trophy here at the French Open,” Barty said after defeating Czech Marketa Vondrousova in the 2019 final.

“I mean, obviously we have dreams and goals as children, but this is incredible.”