Ash Barty: The power of self-belief

With her Grand Slam breakthrough at Roland Garros in 2019, Ash Barty demonstrated that approaching challenges with a positive attitude can reap major rewards. 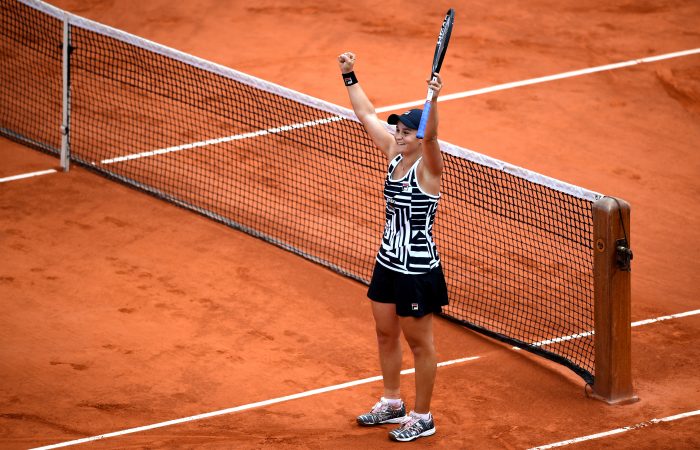 At the start of the clay season in 2018, Ash Barty did not hide the fact it was her least preferred surface.

“Every week we’re on the clay is a week we’re closer to the grass,” she told media in Charleston.

“I think I have to embrace it. Obviously we’re stuck on the clay for the next couple of months, and I’m very much looking forward to the grass.”

A year later, Barty had adopted a much more positive attitude as she entered the clay court swing.

“I just have to continue to learn about clay court tennis. I haven’t actually been overly exposed to it. I mean I play four or five weeks on it in the year,” the then 22-year-old related to WTA Insider.

“I grew up on hard courts, train on hard courts in Australia, and I think that’s the beauty of it is I have a month and a half, a two month stretch of tennis where I can just continue to learn. And yes, if results come my way, great. If they don’t, no worries. We continue to try and put our head down, chip away every day and try to get better.”

It proved a mindset switch that delivered remarkable results.

After exiting Roland Garros in the second round in 2018, Barty left a year later with her first Grand Slam singles title.

Barty embraced the challenge of competing on a slower surface that can produce unpredictable bounces, playing with greater self-assurance and using her variety to unsettle opponents.

“This is just incredible,” Barty admitted after becoming the first Australian to win a major singles title in Paris since Margaret Court in 1973.

“I never dreamt that I’d be sitting here with this trophy here at the French Open.”

As Barty proved her clay court prowess to herself, close friend and former doubles partner Casey Dellacqua was not surprised.

“I feel like Ash’s game is so well suited to clay, even if she doesn’t think it,” Dellacqua had told tennis.com.au in 2018. “It’s a surface that I feel like eventually she’ll probably start to have some of her best results on.”

After advancing to the French Open women’s doubles final together in 2017, Dellacqua had witnessed Barty’s growing self-belief on her least preferred surface.

“Even making a final in doubles on clay will help her confidence. Knowing that she’s done it in doubles, of course she can do it in singles,” Dellacqua predicted.

“I feel like Ash, over the next couple of years, will really start to do some damage on clay.”

Australian legend Rod Laver, who was in Paris to celebrate the 50th anniversary of his 1969 Grand Slam, proudly witnessed Barty live up to Dellacqua’s prediction.

“You could see her concentration has been much better. Sometimes before when she missed something, she would have a ‘hang-dog’ look about her. If she missed a forehand, she would drop away and maybe think, ‘this game is too tough to play’. But now everything she hits is perfect.”

“I’ve watched most of her matches throughout the year and I’ve seen the improvement,” Court said.

“She’s got a very good all-round game. She can hit through the ball. She can slice, volley, she’s got a good serve and smashes well. There’s not a weakness there.”

While such talent comes naturally to the Queenslander, life in the spotlight has not.

Expectations mounted too when Barty became the highest-ranked player to advance to the Roland Garros 2019 semifinals. However, the No.8 seed maintained poise under pressure and demonstrated great maturity to etch her name into Grand Slam history.

“I just kept saying to myself I may never get this opportunity ever again, so try and grab it with both hands,” Barty said of her approach.

In fulfilling her Grand Slam dreams, Barty also learnt a valuable lesson in the power of self-belief.

“A new perspective in my life and in my career, it’s brought this new belief, I suppose, and this feeling of belonging at the very top level.”