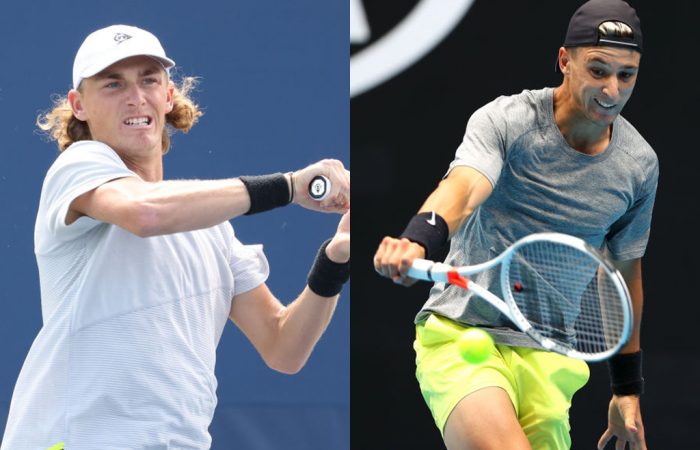 Two Australian men have progressed to the second round of Roland Garros qualifying – and two more are hoping to join them.

Max Purcell and Andrew Harris play their opening round qualifying matches in Paris today. In their qualifying debuts, both face French players.

Fellow Aussies Marc Polmans and Aleksandar Vukic are already through to the second round, winning contrasting matches yesterday.

Our Australian women Astra Sharma and Arina Rodionova have to wait another day to play their opening round matches.

Max Purcell (AUS) v [WC] Manuel Guinard (FRA)
Men’s singles qualifying, first round, Court 7, first match (6pm AEST start)
In his Roland Garros debut, the No.227-ranked Purcell faces a 24-year-old French wildcard. The 196-centimetre Guinard, who is ranked No.288, made the final round of Roland Garros qualifying last year. The 22-year-old Purcell brings confidence into this match, having qualified for the Australian Open in January and enjoying a career-best year in doubles to break into the world’s top 40.

Andrew Harris (AUS) v Constant Lestienne (FRA)
Men’s singles qualifying, first round, Court 12, first match (6pm AEST start)
With a ranking of No.213, the 26-year-old Harris is just ahead of his No.223-ranked opponent. Lestienne is a 28-year-old Frenchman who is contesting Roland Garros qualifying for the fifth time in his career. Harris is a former boys’ doubles champion at the tournament and his mother, Anne Minter, was a mixed doubles finalist in 1984. This is Harris’ first competitive match since March.