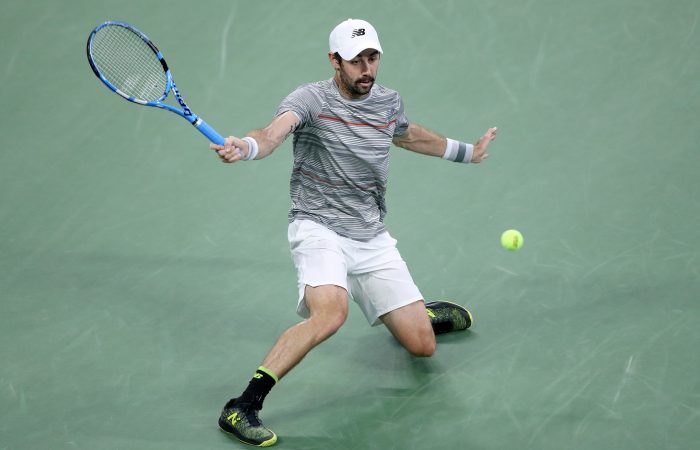 Jordan Thompson has began his clay-court season with a hard-fought victory over countryman John Millman.

Thompson hit six aces in the two-hour, 58-minute battle to record his first career win against the 31-year-old from Brisbane.

He now plays world No.47-ranked Serbian Miomir Kecmanovic in the second round of the ATP event in Austria. Kecmanovic has a 3-0 win-loss record against the No.63-ranked Thompson, posting two of those wins earlier this season.

Australian Open 2020 finalists Max Purcell and Luke Saville defeated Alexander Bublik and Hubert Hurkacz 6-2 6-4 in first round doubles action. They lost only nine points on serve in the 54-minute match.

Mixed fortunes for Perez in Turkey

Australian qualifier Ellen Perez lost in the opening round of a WTA tournament in Istanbul.

Perez made a winning start in doubles though, teaming with Storm Sanders in a 7-5 6-1 victory against Laura Ioana Paar and Julia Wachaczyk.

Aleksandar Vukic has posted one of the biggest wins of his career to advance to an ATP Challenger quarterfinal in Prostejov.