As a string of Australian players turn their attention to European events, Ellen Perez qualifies for the singles main draw in Istanbul. 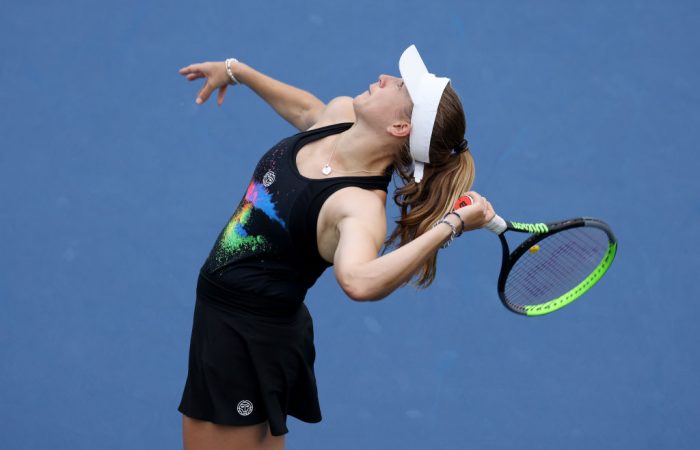 Ellen Perez will contest main draw WTA singles and doubles events in Istanbul, Turkey, after progressing through the final round of qualifying overnight.

The world No.248-ranked Perez defeated Great Britain’s Harriet Dart 2-6 6-1 6-3 in an hour and 40 minutes to qualify, after an earlier win over countrywoman Arina Rodionova.

Perez now meets Japan’s Misaki Doi, who is the tournament’s No.8 seed, in the first round of the singles draw.

It will be the first time that Perez has faced Doi, who is ranked No.81, in a professional match.

The 24-year-old is also competing in doubles alongside Storm Sanders, with the Australian pair opening their campaign against Polish-German duo Laura-Ioana Paar and Julia Wachaczy.

Perez currently sits at a peak world No.40 in the doubles rankings. The career high follows semifinal runs with Sanders in Acapulco and Monterrey earlier this year, and a quarterfinal appearance in Kentucky when the tour resumed. last month.

The Australian also partnered with Germany’s Barbara Haas to finish runner-up to Rodionova and Sanders in Hua Hin, Thailand, in February.

Other Australians in action tonight include Davis Cup team-mates John Millman and Jordan Thompson, who meet in the first round of the ATP event in Kitzbuhel, Austria.