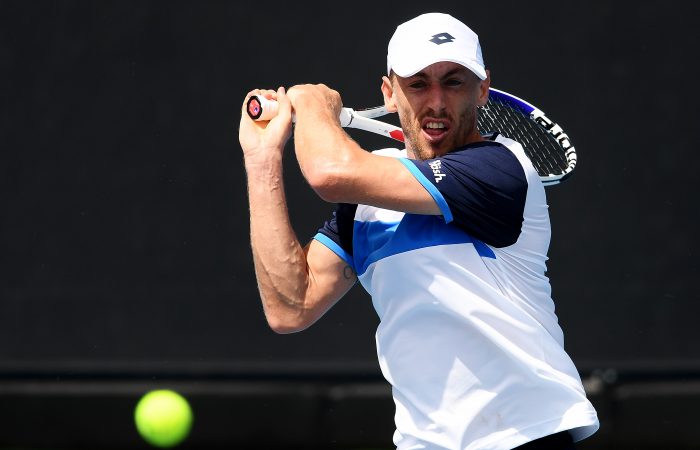 John Millman’s return to the ATP Tour has ended with a three-set loss to American John Isner at the Western & Southern Open.

Millman did not drop serve throughout the second-round match, but had to face a barrage of 35 aces from his opponent.

“I generally don’t love playing that style of player. I’m the type of player who likes to sink my teeth into a match and against someone like a Johnny Isner, I feel like you don’t get much of a rhythm,” Millman admitted.

The No.43-ranked Australian led 4-2 in the deciding tiebreak but was unable to score a first career win against Isner.

Having last played in a Davis Cup tie in early March, Millman admitted his comeback tournament had been challenging.

“It’s not easy, I tell you what,” he said. “I haven’t really had many matches – well none really, I played a couple of practice sets. I hit a fair few balls in this COVID period, but hadn’t really had exposure to those high-level matches, and just before coming I did something to my shoulder.

“When I got here (to New York) I thought I was going to be doing a lot more preparation, but I actually had to take a few days off and the physios have been working overtime.”

Millman described having the opportunity to compete again as a ‘relief’.

“It was a race against time, so I was lucky I got to play,” Millman said of his injury setback.

“All in all, really happy.”