The top 100-ranked doubles player is offering coaching lessons in his hometown. 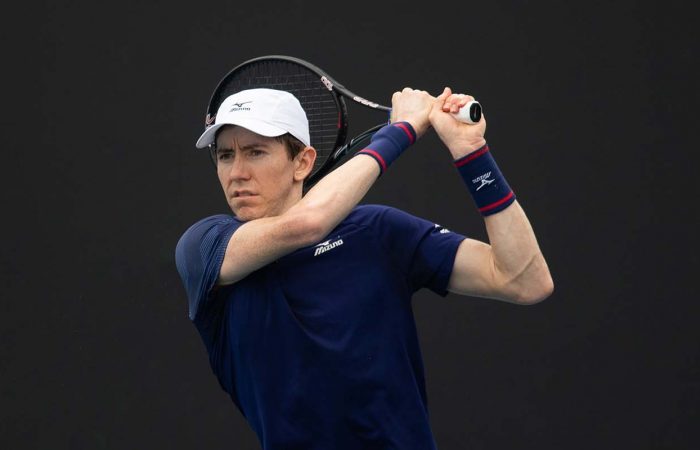 Instead of preparing for the US Open, John-Patrick Smith is busy coaching the next generation of players in his hometown of Townsville.

The 31-year-old, who has a doubles ranking of No.91, has opted to delay his tour return to give back to the community where he grew up.

It follows the unexpected passing of long-time Townsville coach Wayne Hannah in July.

“He was a great friend and a great mentor to a lot of people,” Smith said of his childhood coach.

“He wasn’t just a coach, he was someone I could always trust and talk to and rely on.”

As Tennis Townsville looks for a new head coach, Smith has offered to help. He is leading performance squads and offering private coaching lessons for players of all ages at the club.

“Wayne was always a guy who encouraged you to play tennis and loved the sport, so he’ll want us to kind of continue his legacy there,” said Smith, an Australian Open mixed doubles finalist in 2019.

“I’ve stepped into the role to help out as much as I can while we try and piece it all together. It’s really tough to replace someone as great as Wayne.”

Smith, who currently has a singles ranking of No.290, returned to Townsville in March when professional tennis was suspended due to the COVID-19 pandemic.

It curbed a positive season start for the lefthander, which included winning the AO Wildcard Play-off in December and reaching the Australian Open 2020 mixed doubles semifinals.

“I obviously had a good run here in Australia in summer and then COVID hit,” Smith said.

“But it’s the same thing for every player, everyone had to go home and isolate and be away from the game. But now, it’s given me more of an appreciation to go out there and play and compete and you know, treasure these moments on the court because it can be taken away from you so quickly.”

It is a lesson that Smith hopes to share with Townsville’s next generation of players.

“I just want to give other Townsville juniors what Wayne did for me,” Smith related to the Townsville Bulletin.

Smith, who has career-high rankings of No.108 in singles and No.52 in doubles, recognises too how important it is for local communities to stick together – in both good and challenging times.

“When I’m back in Townsville I do as much as I can with the juniors, the club and the members,” he explained.

“I’m always going to support the club that supported me on the way up.”