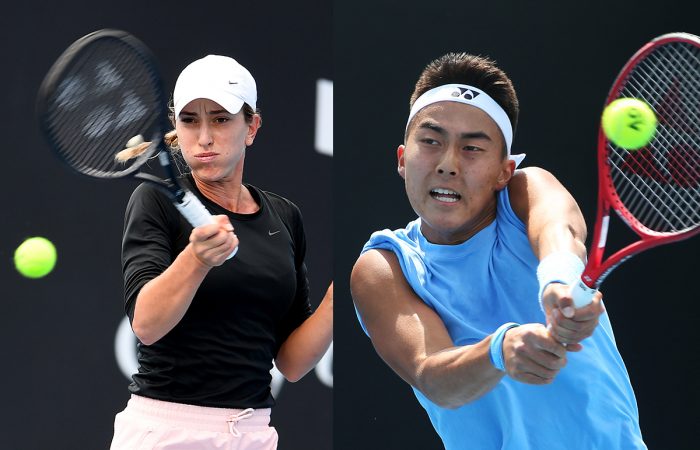 Perseverance has paid off nicely for Rinky Hijikata and Alexandra Bozovic in the UTR Pro Tennis Series in Sydney, with both claiming their first titles today.

Hijikata scored a 7-5 6-1 win over Cameron Green in the men’s singles final at Ken Rosewall Arena. The 19-year-old has played all five UTR Pro Tennis Series events in Sydney and this marked his first finals appearance.

Having split results with the 24-year-old Green in their two previous meetings across this series, the final proved another tight battle.

There was only one break of serve in the opening set, which Hijikata sealed with a smash winner in the 12th game.

Hijikata quickly rushed to a 4-1 advantage though, helped by a break in the fourth game.

The world No.660 was untouchable on serve, saving the single break point he faced to close out victory in one hour and 48 minutes.

Hijikata, a University of North Carolina student with a UTR of 13.78, improves his series record to 12 wins from 18 matches. He is now on a four-match winning streak.

FEATURE: Hijikata talks about his 2020 experiences

In the women’s singles final, Bozovic recorded a 6-2 6-2 win against Abbie Myers.

After three runner-up finishes already this series, Bozovic clinched her first title in a dominant display.

The 21-year-old only lost 15 points on serve throughout the match and was broken once, when serving for the title at 5-1 in the second set. Despite a brief momentum swing in Myers’ advantage, Bozovic held firm to seal victory in 74 minutes.

Bozovic has faced Myers in all five of the UTR Pro Tennis Series events in Sydney, scoring wins in four of their five meetings.

The newly-crowned champion’s series win-loss record now stands at 11 wins from 15 matches, boosting her UTR of 11.77 by more than 0.20 with her consistent results.