Rinky Hijikata: Learning on and off the court

Rinky Hijikata's first year of US college has served up many different lessons. 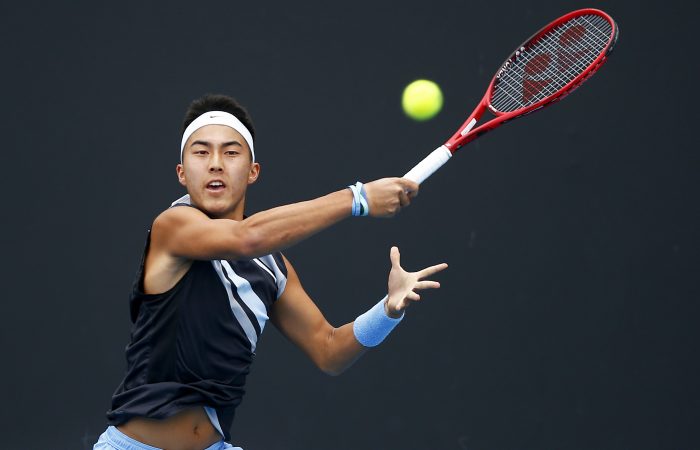 Rinky Hijikata was hoping for a memorable experience at US college – and that’s certainly proved true so far.

The 19-year-old from Sydney, who was named the Male Junior Athlete of the Year at the 2019 Australian Tennis Awards, is attending the University of North Carolina. His freshman year has been cut short though, with the COVID-19 pandemic forcing him to return home in early March.

“We were on spring break when everything kind of escalated. They shut down the campus and I had to leave the housing, so I did not have another option but to fly home,” Hijikata said.

“I probably wasn’t planning on coming back (to Sydney) until December. It was sad that school got cancelled and I had to come home under the circumstances, but it is nice to be home for a little while.”

After a two-week quarantine that Hijikata described as ‘brutal’, the world No.660 is now enjoying his unexpected time at home.

“Spending all this time in Sydney is something I haven’t been able to do in a while,” he said.

It’s also given him time to reflect on his recent successes, which include winning a first ITF Futures title last September and recording a career-best win over world No.102 Henri Laaksonen to reach the second round of Australian Open qualifying in January.

“That was really big for me,” Hijikata said of his first Grand Slam-level win. “I’ve played a lot of those guys ranked around 100 to 200 and always played close to them. I knew I could play at that level, but had lost a few tight matches. To be able to get over the line, especially in the circumstances with it played over two days and in a tight match, it gave me a world of confidence.”

Hijikata insists there’s no regret about his decision to attend US college before pursuing a professional career.

“I thought about it a little bit, but unless I had a real breakthrough year in my last year of juniors where I was making big strides in the pro tournaments already, had a few big results and my ranking was quite high, I was always leaning a little bit more towards college,” Hijikata said.

“This gives my game a few more years to develop. I thought this was the best pathway for me.”

His college experience, which began in August 2019, is proving rewarding so far.

“I’m loving it,” Hijikata said. “It’s been an awesome experience that is helping me develop as a person as well as a tennis player.

“The coaches over there have given me a new perspective on training and my game. Everyone in our team is great, so the level of competition in practice every day is really pushing me to get better. We all have that common goal of doing well as a team and getting better together, which really helps everyone improve.”

For now Hijikata, who plans to major in business administration, is training hard in Sydney while he waits to resume college.

“At the moment they are saying school is going to start up again on 10 August, but I just don’t know how realistic that is,” he said.

Life has already served up a valuable lesson this year for Hijikata, who admits the COVID-19 situation has taught him to be more appreciative.

“It’s not to take your position as a tennis player or a uni student for granted,” Hijikata said of his biggest lesson from the past few months.

“Some days you can sort of go through the motions and don’t really realise how lucky you are to do what you do. Once it is taken away from you and you can’t train, travel or play it’s confronting and makes you appreciate a little bit more how good your lifestyle is.”