Purcell storms into final round of Australian Open qualifying

Max Purcell completes courageous comeback to advance to the final round of Australian Open 2020 qualifying. 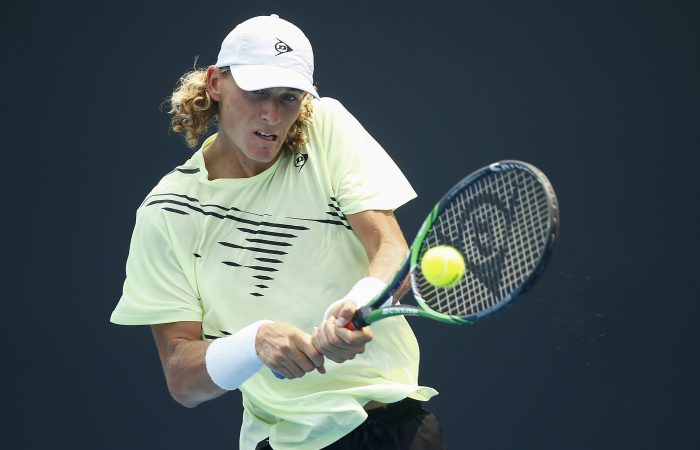 Staring down a 0-4 deficit in the deciding set, the 21-year-old from Sydney thrilled local fans watching at Court 7 with his comeback victory against the world No.115.

“I was just telling myself to ‘stop feeling sorry for yourself’,” Purcell explained of his mindset after a slow start to the final set.

“I knew the guy had a history of cramping and I thought I saw something at 4-1 and I thought, lets just hang around and see how I go.”

Purcell, who was a finalist in last month’s AO Wildcard Play-off, is once again one win away from earning an Australian Open main draw debut.

“I’m in a good place mentally, physically and I feel like I’m playing some of the best tennis I’ve ever played, so why not,” he said of his chances.

Purcell will face No.26-seeded Slovak Josef Kovalik in the final qualifying round.

Blake Mott’s fairytale return from wrist surgery ended in the second round too, beaten by France’s Constant Lestienne 6-4 6-4.

“With the level of the opponent, how big this tournament is and what it means to me to play here, it’s definitely the biggest win I’ve had to date,” the 18-year-old from Sydney said.

The rain-delayed first-round match resumed with Hijikata holding a 3-0 advantage in the first set tiebreak. He won the first four points of the day to claim the set and take an early lead over his more experienced opponent.

“I didn’t mind too much. I just tried to focus on what I could control,” Hijikata said of how he dealt with an overnight rain delay.

“I just wanted to go out there and give it the biggest crack I could. To come out today and get through it with a win, it gives me a lot of confidence.”

Hijikata faces world No.175 Tallon Griekspoor from the Netherlands in the second round.

Vukic advanced with a 6-4 6-3 victory over world No.213-ranked German Matthias Bachinger this evening. Having never previously won a Grand Slam-level match, the 23-year-old from Sydney is now one win away from earning an Australian Open main draw debut.