The defence of Ash Barty’s French Open title is unavoidably on hold, but history shows the world No.1’s ability to come back even stronger. 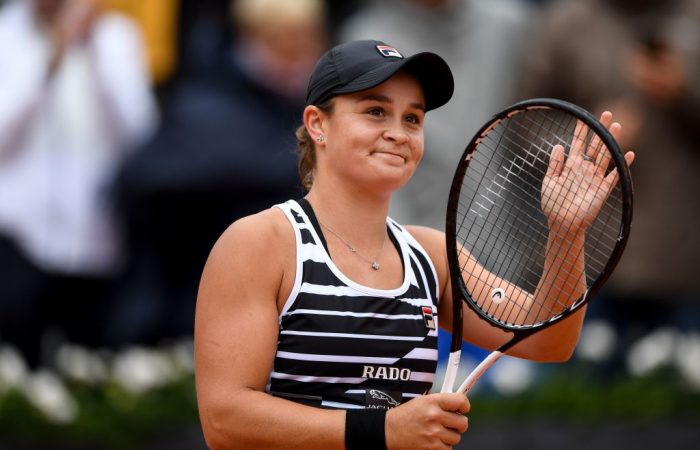 Family time, coffee runs, some golf and dog walks. They’ve been common themes on social media as Ash Barty, like all players, awaits the resumption of professional tennis.

In any other season, this fortnight would mark the defence of Barty’s Roland Garros victory, the glittering prize in her rise to become the first Australian woman to reach world No.1 since Evonne Goolagong Cawley more than 40 years ago.

But if there’s disappointment in the delay returning to her most successful Grand Slam setting after the suspension of pro tennis due to COVID-19, Barty’s natural positivity is bound to be more powerful.

A break from the sport is not new to the 24-year-old – and history shows how Barty can use time away from tennis to stunning advantage.

“I don’t even know if I’d be sitting here talking to you (or) if I was playing tennis if I didn’t step away,” Barty told journalists last year after lifting the Coupe Suzanne Lenglen in Paris.

“It’s obviously a part of my life that I needed to deal with, and I feel like it was the best decision that I made at the time, and it was an even better one coming back.”

Barty was talking, of course, about the hiatus that followed the 2014 US Open. While success had come quickly for the breathtakingly gifted young star – she won the 2011 Wimbledon girls’ title as a 15-year-old – it also meant long periods away from home and sacrificing “normal” life as a teenager.

“I just needed some time to mentally refresh and be myself a little bit,” Barty commented during a breakthrough 2017, when she won the first of eight WTA titles.

“It was a great 18 months away from tennis. I was still heavily involved in the game, I just wasn’t training for myself and playing for myself.

“For me it was exactly what I needed. I just needed to go home and be with my family, my friends, and just relax a little bit.”

RELATED: Fun and team spirit are No.1 for Barty

There was also the opportunity to broaden general horizons, with a well-documented stint in professional cricket ultimately adding to Barty’s development.

Time in a team sport had enhanced a fierce desire to take control of her destiny, with a carefully considered support network forming a key to Barty’s comeback.

Making her initial return in doubles alongside good friend Jessica Moore – early in 2016, the pair won two of the three ITF events they entered together – the Queenslander soon reformed a doubles partnership with Casey Dellacqua.

Combining to win five WTA doubles titles together and reach each of the four Grand Slam finals, a career-defining partnership with Dellacqua more importantly helped Barty rediscover her love of tennis.

Accepting the first of three Newcombe Medal awards in 2017, the younger Australian gave an emotional insight into Dellacqua’s profound influence.

“I don’t think she quite understands how much of a massive impact she has had in my life, bringing me back into the sport to be honest,” said Barty.

“She was the one who started the ball rolling again, to sort of finish that unfinished business in doubles and now we’ve been able to have a pretty amazing singles and doubles year.

“Case is my best friend, my mum on tour, my shoulder to cry on through many times and she helped me through my darkest days and has been able to share this year with me and really helped through it the most.”

There is equal gratitude for coach Craig Tyzzer, who has steadfastly guided Barty since her 2016 return to the tour.

“It’s a celebration of not just these two weeks but the last two or three years for myself and my team,” Barty reiterated.  “I have an extraordinary group of genuine, authentic people around me.”

At the same time, Australia’s newest Grand Slam champion also stresses how every player – whether casual or professional – can make their story an individual one.

“I think the best thing to do is learn from your mistakes, learn from every single experience that you have, whether it’s good or bad. That’s the only way to go about it, only way to grow as a person and as a player.”

A formula that’s certainly worked for the ever-grateful world No.1, it’s also an attitude that’s certain to endure on the resumption of professional tennis.

“We’ve got a pretty amazing world that we live in in the tennis world. It’s remarkable. We come to beautiful cities and play in front of thousands of people who generally love this sport,” said Barty last year in Paris.