Ajla Tomljanovic was one set away from advancing to the UTR Pro Match Series final when rain forced the event to be cancelled. 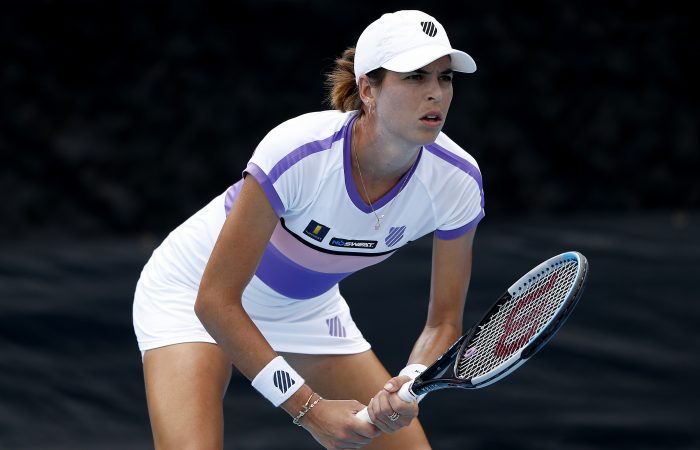 Ajla Tomljanovic’s competitive return has ended on a damp note, with heavy rain forcing the final day of the UTR Pro Match Series in Florida to be cancelled.

The three-day event marked Tomljanovic’s first competitive appearance since professional tennis was suspended due to COVID-19.

The No.2-ranked Australian made an impressive return, upsetting world No.19 Alison Riske 4-3(4) 4-1 in her opening match on Friday.

“I think we both don’t look how we usually do, but I think for both of us it was still good fun,” world No.56-ranked Tomljanovic said after defeating the American.

“Just getting in the competitive spirit again got me really excited.”

After a three-set loss to world No.28 Amanda Anisimova on Saturday, Tomljanovic needed to beat world No.51 Danielle Collins to advance to the UTR Pro Match Series final.

Tomljanovic was locked at one set-all with the Australian Open 2019 semifinalist when rain forced the match to be postponed.

With heavy rain continuing on Sunday, event organisers decided to cancel the remainder of the event.

Due to the poor weather conditions, there is no official winner of the UTR Pro Match Series women’s tournament. However, here are the final standings from this weekend’s matchplay. #UTRProMatchSeries #UTRMatchPlay #PlayLocallyCountGlobally pic.twitter.com/xINqUudE4y

The UTR Pro Match Series was played at a private court in Florida, with strict social distancing rules that included no fans, line umpires or ballkids, separate off-court warm-up areas and players using their own marked tennis balls.

Tomljanovic, who is based in the USA, relished the chance to return to competition.

“For me personally, I need that competitiveness to keep me going,” she said.

The 27-year-old Tomljanovic will next compete in a 16-player exhibition at Charleston from June 23. The invitational team event was announced over the weekend and includes Grand Slam champions Sofia Kenin, Bianca Andreescu, Sloane Stephens and Victoria Azarenka.

The WTA Tour is currently suspended until at least 13 July.