Patience pays for Millman and Duckworth

The return to tennis after COVID-19 presents a new challenge for John Millman and James Duckworth, who have both proven in their careers that perseverance can reap rewards. 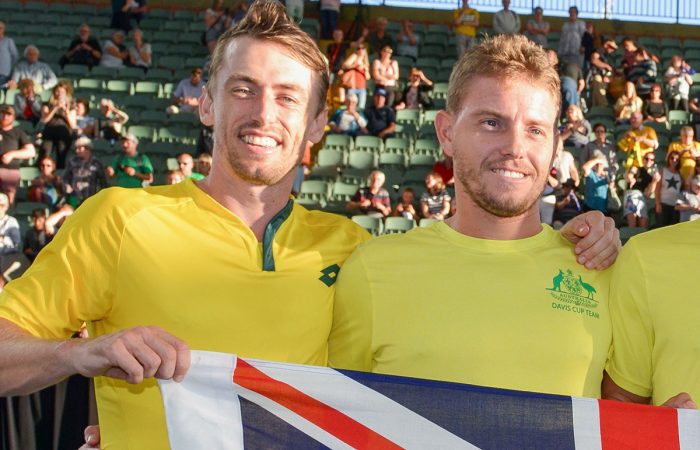 James Duckworth achieved a lifelong dream when he made his Davis Cup debut in March.

A decade after first serving as an orange boy for the Australian squad – and overcoming multiple surgeries in between – the 28-year-old had finally earned a place in the national team.

Teammate John Millman understood the emotions Duckworth was feeling. He too made his Davis Cup debut at age 28 after overcoming several injury setbacks.

Brisbane-based training partners and good friends, the parallels in their tennis journey include spending time together recovering from their respective long-term injuries.

“I’m lucky to train with Ducks – he claims he is a New South Welshman and all this Blue Wall rubbish – but I feel like he made massive strides when he moved to Brisbane, where he has done a lot of his training for many years now,” Millman said.

“I’ve seen how much hard work has gone in for him to get his (Davis Cup) number called and can see how much it means to him.”

Millman, who became the 108th Australian Davis Cup representative in 2017, proudly welcomed Duckworth as the 111th in March.

“It’s a special and unique group to be part of,” Millman said.

“There’s not too many people who have had that opportunity in a competition that has been going so long.”

For both Millman and Duckworth, their promotions to the Australian Davis Cup team have also been a reward for perseverance.

Foot, shoulder and elbow injuries kept Duckworth off court for most of the 2017 season.

A career-threatening shoulder injury sidelined Millman for 11 months from May 2013 and he missed four months in 2017 following groin surgery.

“Tennis is a tough game. I was on the biggest high in 2013 when I tore my labrum, that was a career-high ranking (No.126) back then and came crashing down pretty quickly,” Millman said.

It's been a frustrating few months but finally found the problem that's been keeping me off court. A massive thank you to Dr Garvey and his team at Sydney Private for operating on me successfully. Also to the Duckworth's for looking after me. All the support I've had from everywhere is greatly appreciated. I'll be back on court soon. #tecnifibre #lottosport

Millman soared to world No.33 in October 2018, shortly after recording a career-best Grand Slam result. An upset of world No.2 Roger Federer to make the US Open quarterfinals was Millman’s first career top-10 win.

“It’s (been) tough to start all over again a few times. But, you know, you do it. And you do all those moments in rehab, you do all that for something like this. It all becomes a little bit more rewarding,” Millman said after his headline-making four-set victory in New York.

Duckworth set a career-high ranking of No.71 in February after reaching his first ATP-level semifinal then winning an ATP Challenger title in India. His previous best was No.82, achieved almost five years earlier.

The suspension of professional tennis due to the COVID-19 pandemic has stalled their momentum for now and presents a new challenge to overcome.

“I’ve spent a bit of time on the sidelines trying to recover from some pretty significant surgeries, but this a little bit different,” Millman noted.

“The tough thing about this is motivation and not having an end date in mind.”

That Davis Cup tie in Adelaide is the last competitive appearance both Millman and Duckworth have made in almost three months.

“I’m just so grateful that that’s my last memory of tennis during this off period. Because if that doesn’t motivate you to keep going when you’re not playing tennis, I don’t know what will,” said Millman, who won two matches to help seal Australia’s place in the November-scheduled finals.

After two months in isolation, there is finally some good news. Their training base at the Queensland Tennis Centre reopened this week, creating the opportunity to return to the practice courts.

There is still uncertainty to when professional tennis will resume and Duckworth needs to rebuild strength in his shoulder after undergoing more minor surgery in March, but these two Davis Cup teammates have already proven they know how to return stronger. They both know too that patience pays off in the end.