A silver lining to isolation?

Some of Australia's top-ranked players and past greats share their experiences of COVID-19 isolation. 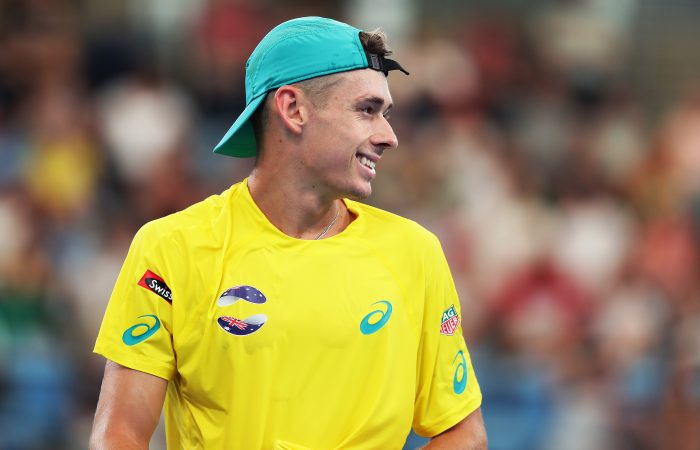 The suspension of professional tennis due to the COVID-19 pandemic has been a challenging time for Australia’s players. Unable to compete, they have returned home and been forced to adapt to spending extended periods off the court. Demonstrating their champion mindsets, many are finding positive benefits of this uncertain time …

Ash Barty, world No.1: “There’s always a silver lining, there’s always something that we could be grateful for. There’s always a perspective that you can take that can allow you to appreciate it better. For me, it’s being able to spend some time with my family and just really appreciate the little things in life.”

Alex de Minaur, world No.26: “Well obviously tennis is a huge part of my life, so having that taken away for a while, it’s not easy. I know a lot of the players are in the same boat, they’re just trying to find stuff to do, stuff to keep them entertained, new hobbies, trying new things to make the days pass. It’s probably going to help me in the long run, it’s probably the main thing that I’ve got to get in my head – this patience. At some stage tennis is going to be back in our lives, but until then I’ve got to make sure to try and keep a healthy mind and use this as training, especially for the mind.”

John Millman, world No.43: “What you can do is you can get stronger in the legs, stronger in the upper body. You can do the little things that sometimes don’t look as if they are not going to make much of a difference, but based on experience and drawing upon that experience, it does help.”

Storm Sanders, world No.75 (doubles): “Being able to spend more time with my boyfriend has been nice. I would say family too – but they are spread out across four different states. Also being able to speak to my friends and family more than I would if I was on tour.”

James Duckworth, world No.83: “I’ve been having some shoulder issues for about nine months or so and been sort of living on anti-inflammatories for a while. When the season was suspended, we thought it would be a good chance to try a small little arthoscope and just see if we could improve something. It’s a little experiment and now we’ve got this time, hopefully it can help.”

Sam Stosur, world No.97: “When I’ve been working out, I’ve been switched on … I keep my structure with that. But there’s no structure with anything else I’m doing at the moment. It’s kind of fun, and nice. I’m just going with it because I’m like, well, ‘when am I ever like this?'”

Alexei Popyrin, world No.103: “It actually gives me a better chance to be with my family, I think that’s one of the positives that’s come out of this virus, is that I get to spend more time than usual with my family. It has also showed me how much I actually love this sport, how much I love playing and this gives me extra incentive to get back out there and work harder.”

Christopher O’Connell, world No.116: “You’re constantly on the go, so to spend an extended period of time at home is always good. Even though we are in isolation, it’s still good weather so I’m able to have a surf with my little brother. It’s nice to have that family time. I also find when I have time off, even though it’s not ideal, you can sit back and think about the things you need to work on and how you can improve to climb the rankings even more.”

Marc Polmans, world No.119: “I definitely appreciate the time I’ve been spending at home. I’m with my parents and younger brother, so enjoying the time with them. Once the tournaments resume, I’ll be on the road again for eight to nine months.”

Thanasi Kokkinakis, world No.237: “I feel pretty good right now (after recovering from glandular fever), but I’m trying not to rush it back. Obviously with this prolonged time out, I don’t have to force myself to come back. I’m trying to push back my hitting a little bit, take it a bit slower and focus more on my body.”

READ: What are players watching in isolation?

Daria Gavrilova, world No.250: “Now I’ve got more time to heal my injuries (she has been sidelined since August 2019 with Achilles tendonitis) and get even better.”

Alicia Molik, Australian Fed Cup captain: “Absolutely there is a silver lining. I think it’s an opportunity for everyone to reflect and think about everything they’ve never had time for before. I think a lot of positives will come out of this.”

Todd Woodbridge, 22-time Grand Slam champion: “I think it will be the longest I’ve ever been in one place since I think I would venture back to 12 or 13 years of age. So it’s quite extraordinary to think about that. It’s a weird one for me – I’ve actually been forced to relax. And forced to look at things a little differently. For a short period of time at least, it’s actually nice to have that continuity of being at home – I didn’t realise what that continuity felt like.”