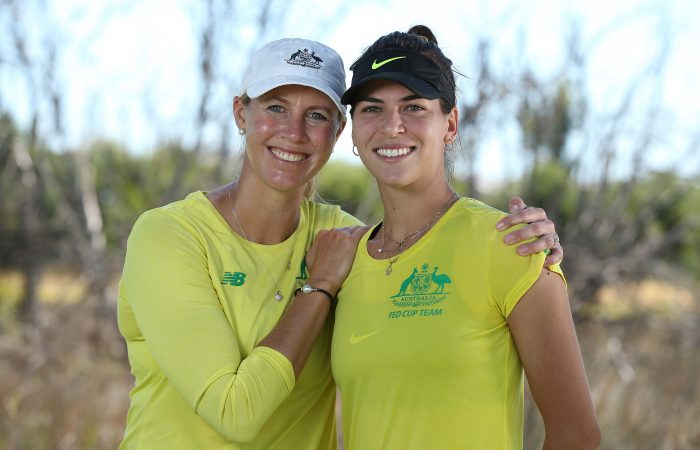 What happens when travel is restricted, tennis facilities are closed and gyms left dormant across the country?

Alicia Molik, a former world No.8 and two-time Grand Slam doubles champion, believes coaches and players should work on personal development as they deal with challenges stemming from the COVID-19 pandemic.

“It’s an opportunity where I think that players are able to work on many aspects of their tennis which aren’t within a tennis club, a training facility or the gym,” Molik says.

“This period of time where tennis is shutdown physically is a real opportunity for players to work on the mental side (of their games).”

The Australian Fed Cup captain believes the added challenge of not competing makes a mental wellbeing focus even more vital.

“I think many will struggle. The attention isn’t on them, they are used to travelling, so it’s a huge adjustment,” Molik admits.

“Even for the players that I think are seemingly coping well, I think it’s an important time to make sure they stay on top of their wellbeing and feelings. We are never forced into an extended rest as tennis players. Often it is a coach, a doctor or a physio telling a player to stop (for a set period), now all of a sudden it is a world that is very different.”

Molik encourages coaches to maintain regular contact with their players too, noting the important role they play in supporting wellbeing through building and maintaining a close working relationship.

“Coaching isn’t all on the court. To extract and get the most out of your players, you have to know them pretty well. You have to trust them and they need to trust you,” she says.

“I think you can only ever be honest with players, and they can only ever be honest with you, if they really have a relationship with you – a pretty open, transparent, trusting relationship. I find that the more effort I make to get to know a player off the court, I feel like the more they are prepared to deliver and the more I can ask of them. Particularly working in women’s tennis, I know how important relationships are. For females to have that type of interaction, it is crucial.”

It is a challenging time for coaches too, who like players are adjusting to different living and working circumstances. It makes looking after their own wellbeing and demonstrating empathy just as important.

Molik has found this, expressing her own disappointment to miss the Fed Cup Finals originally scheduled in Hungary in April.

“It really has made me miss what I love doing, which is being part of tennis,” she admits. “I can only imagine what the athletes are going through. It is difficult times because of the uncertainty.”