Nick Kyrgios headlines the Aussie charge at this week's ATP event in Delray Beach, while Alexei Popyrin is aiming to qualify in Marseille. 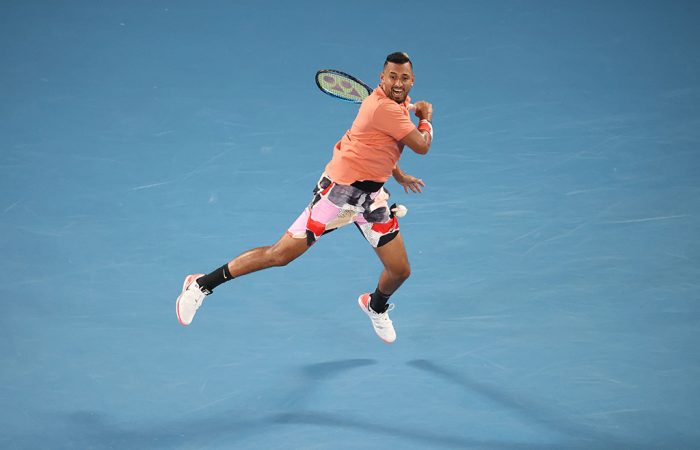 Nick Kyrgios will return to action this week as the top seed at the ATP Tour hard court event in Delray Beach, Florida.

Kyrgios, who has not played since a fourth-round loss at the Australian Open to Rafael Nadal, is joined by fellow Australians John Millman, Jordan Thompson and Bernard Tomic in the main draw.

Kyrgios opens against Tommy Paul and could in the quarterfinals face Thompson, who has drawn Serb Miomir Kecmanovic in the first round.

Millman is the No.5 seed and takes on Japan’s Yoshihito Nishioka in round one.

Should they both keep winning, Kyrgios and Millman would clash in the semifinals.

Tomic has landed in the bottom half of the draw; the Australian was a lucky loser main-draw entry following the withdrawal of Tennys Sandgren.

Tomic, who faces Cedrik-Marcel Stebe in his opener, won his first-round qualifying match yet fell to Ernests Gulbis at the final hurdle.

At the ATP event in Marseille, Alexei Popyrin stands one win from the main draw after defeating Canada’s Steven Diez in straight sets.

The 20-year-old Aussie will play Ilya Ivashka in the final round of qualifying.