Bolt strikes out in Launceston final

It wasn’t a great day for the Australians in Launceston, with both Alex Bolt and Destanee Aiava going down in their respective finals. 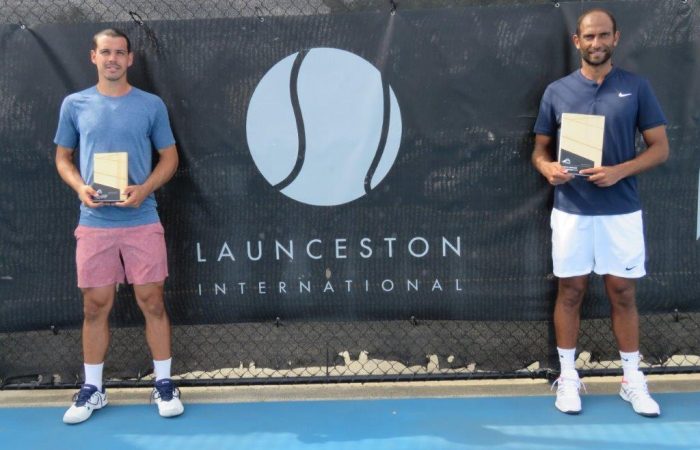 The Launceston International final looked like it would go the distance with neither second-seeded Bolt or Safwat (No.9) giving any ground early as the first set went to a set tiebreaker. However, it was Safwat that kept his composure and, with the opener in his pocket, cruised through the second to claim the title 7-6(5) 6-1.

“After a long summer, to be able to finish it off by making a final, I’m pretty proud of myself,” Bolt, 27, said.

“That first set was so critical to see who would win the match and unfortunately it wasn’t me today,” he added. “He freed up a little bit after that and was able to really go after it.

“Mohamed has been playing great, he qualified for the Aussie Open, and he’s played really well this week.”

In claiming the title, Safwat, 29, becomes just the second Egyptian winner on the ATP Challenger Tour, and the first since 1996, when Tamer El Sawy won in Bronx, New York, USA.

The men’s doubles final was a battle, with American Evan King and Benjamin Lock of Zimbabwe eventually coming from behind to defeat Belgian Kimmer Coppejans and his partner Sergio Martos Gornes of Spain 3-6 6-3 (10-8).

The women’s singles final also saw Australia on the wrong end of the ledger, with fifth seed Destanee Aiava unable to wrest control from American Asia Muhammad, the third seed claiming the title in straight sets, 6-4 6-3.

There was some joy for the Australians on Saturday, when top seeds Alison Bai and Jaimee Fourlis took out the women’s doubles titles with a 7-6(4) 6-3 victory over Alicia Smith and Abigail Tere-Apisah.