James Duckworth is into a first ATP-level semifinal at Pune, where he also claimed an important Challenger title last year. 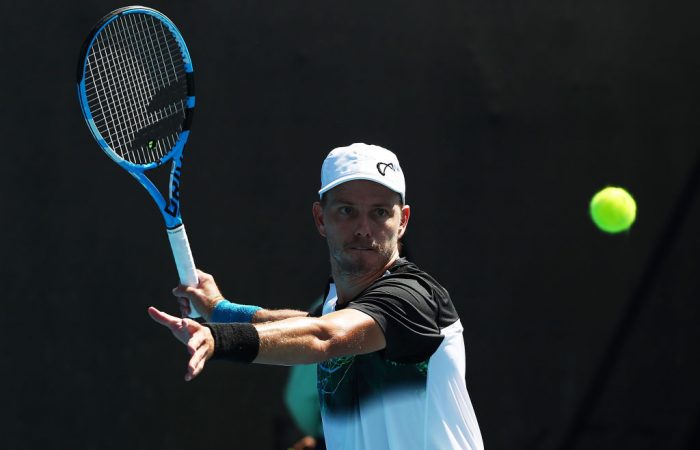 James Duckworth is once again finding form in Pune, with the Australian’s latest trip to the Indian city earning him a first semifinal at ATP level.

Contesting a first quarterfinal at ATP level since May 2015, Duckworth defeated qualifier Roberto Marcora 6-3 7-6(4) in 91 minutes.

It marks a ninth straight win in the city for Duckworth, who claimed the Pune Challenger last November. He defeated Great Britain’s Jay Clarke in a three-set final, helping his top-100 rankings return.

Duckworth had clearly found his rhythm as he progressed against Marcora, the higher-ranked Australian breaking serve in the fourth game of the match and dropping just two more points on serve before securing the opening set in 35 minutes.

Spanning almost an hour, the second set was more tightly contested after Duckworth was unable to convert a breakpoint in the opening game. The pair exchanged service breaks in the ninth and 10th games before Duckworth, who served nine aces throughout, secured victory in the tiebreak.

Having also claimed earlier wins over Taro Daniel and Peter Gojowczyk this week, Duckworth next faces Egor Gerasimov for a chance to contest a first ATP-level final. Gerasimov, a world No.90 Belarusian, overcame Korea’s Soonwoo Kwon 4-6 7-6(1) 6-4 to secure his semifinal appearance.

The latest career milestone marks an important progression for Duckworth, who achieved a career-high world No.82 in April 2015 but required five major surgeries in 2017 and 2018.

Last year, he claimed victories in four of six Challenger-level finals, with 49 match wins the most of any player on the Challenger tour.

“It has been a lot of hard work for me. I have been out of tennis since the latter part of 2017 and have gone through five major operations,” Duckworth said on winning the Pune event in November.

“This is for my family who have supported me. I’m glad to get back to the Top 100 as it guarantees entry into bigger events.”