Alex Bolt secures his quarterfinal place in Launceston, taking out Zimbabwean Benjamin Lock in under an hour. 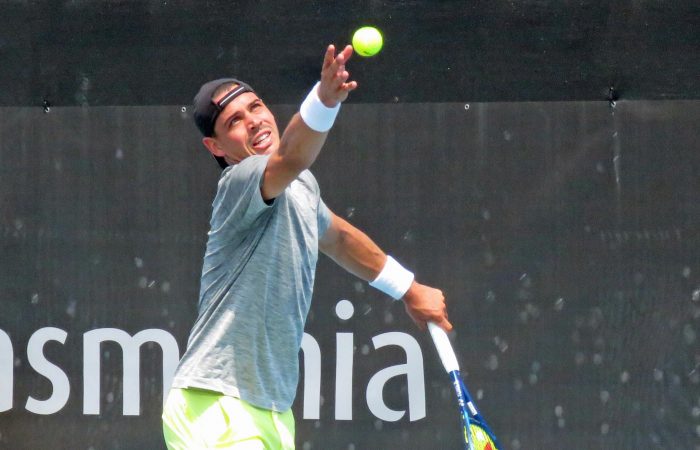 South Australian Alex Bolt wasted little time in dismissing Zimbabwe’s Benjamin Lock in their third round encounter at the Launceston International on Thursday.

The second seed spent under an hour on court in claiming the 6-1 6-1 victory.

“Right from the get go, I felt like I was engaged physically and mentally,” Bolt, 27, said. “He’s had a couple of good wins this week so I knew I had to get onto him early.

The last Australian in the field – and the only seeded player left in the bottom half of the draw – the world No.151 now opposes Italian Liam Caruana to cement a place in the semfinals, a step further than his quarterfinal appearance in Burnie last week.

Should he prevail, Bolt faces the prospect of either Croat Borna Gojo or Daniel Altmaier of Germany.

In the women’s event, it was a stellar day once again for teenage wildcard Amber Marshall who fought her way past seventh seed Belinda Woolcock to secure her maiden quarterfinal appearance, 1-6 6-1 6-1, alongside Abbie Myers (No.8) and Destanee Aiava (No.5) who also remain alive in the Launceston title chase.