Ash Barty, the 2020 Young Australian of the Year, is eyeing back-to-back quarterfinal appearances at Melbourne Park. 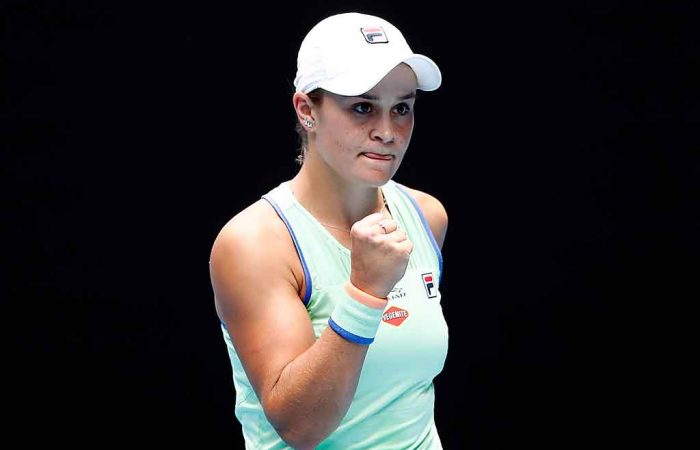 With another accolade added to the many she has already achieved over recent months, Ash Barty is poised to achieve another  milestone as the Australian Open moves into the fourth round.

Named the 2020 Young Australian of the Year overnight, world No.1 Barty  has the chance to make it back-to-back quarterfinal appearances at her home Grand Slam – but first she has to get past Alison Riske tonight.

The American beat Barty in their only previous encounter in a fourth-round clash in Wimbledon last July.

Riske’s heavy hitting could present another issue for Barty to work through, but the French Open champion has been pleased with how her mental game has been working during the Australian summer.

“I’ve been able to find a way and problem solve through a lot of my matches across the last two or three weeks,” she said.

Congratulations to our 2020 Young Australian of the Year, Ash Barty. #ausoftheyear @woolworths pic.twitter.com/gV9MYLsck0

Adding to Barty’s confidence is a near trouble-free progression to the final 16 at Melbourne Park.

Despite dropping a set against the dangerous Lesia Tsurenko in the opening round, the Queenslander eased past Polona Hercog and described her third-round win over Elena Rybakina as her best tennis of the summer

“It was probably my sharpest match that I played. I felt really comfortable moving around the court. I felt like I found the middle of the racquet a lot sooner than my other matches,” said Barty.

“Particularly there were tough, long service games. I was able to get out of them and continue the momentum. I think all in all it was a pretty well-rounded performance.”

Having arrived at Melbourne with an eighth career title – and first on home soil – secured in Adelaide, there’s also an refreshing outlook as the popular champion brushes away discussions of any crippling expectations.

“Like I’ve said from the very start, for us it’s about coming out here and enjoying it,” said Barty when questioned on the pressures of competing at her home Grand Slam and as the world No.1.

“I’m loving every minute. Trying to do the best I can. That’s all I can ask of myself.”