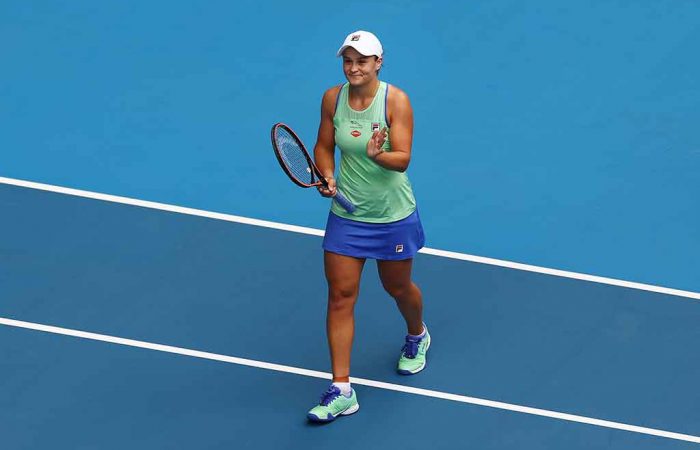 Ash Barty has risen to the challenge and moved safely into the Australian Open fourth round with a steely win over big-hitting youngster Elena Rybakina.

Australia’s world No.1 proved too classy for the in-form Kazakh, weathering an early storm before carving out a 6-3 6-2 victory on Rod Laver Arena on Friday.

The match was much tighter than the one-sided scoreline suggested, with Barty needing to fend off eight break points against one of the hottest players on tour.

The 20-year-old Rybakina had won 11 of her first 12 matches in 2020, winning the title in Hobart after reaching the final in Shenzhen.

Litter wonder the top seed and big home hope was relieved to negotiate her way through to the last 16 for the second straight year, especially after dropping her opening service game to love.

“A really tough one. I felt I needed to be switched on. A lot of the games were long and tough and happy to get out of them. The best match I have played this summer so far,” Barty said after extending her summer winning streak to seven matches.

Barty next plays either American Alison Riske, the 18th seed who knocked the French Open champion out of Wimbledon at the same stage last year, or her German doubles partner Julia Goerges on Sunday for a quarter-final berth.