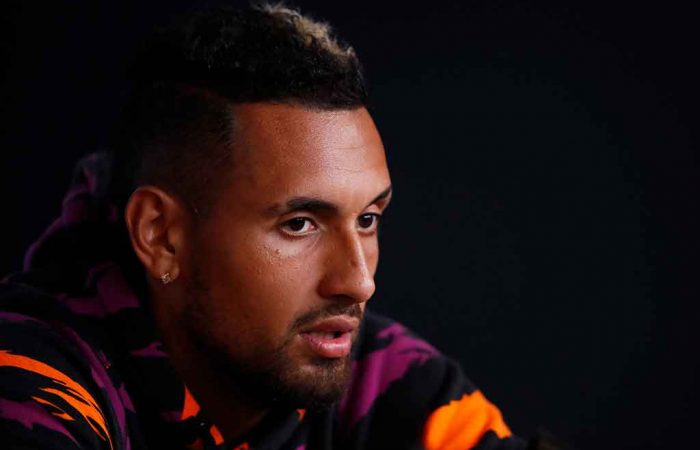 As he prepares to contest the Australian Open main draw for a seventh time, there are complex emotions for Nick Kyrgios.

On the one hand, the Australian is deeply saddened by the bushfire crisis devastating much of the nation; on the other, he’s buoyed by a return to his home Grand Slam.

“Yeah, it’s tough. The fires, yeah, I mean, if you get down to it, people are losing their families (and) homes,” Kyrgios related ahead of his first-round match with Italian Lorenzo Sonego.

“It’s not easy to just completely switch your concentration on the Australian Open – How is your forehand going today? – when you put it in perspective of what is actually going on.”

Determined to channel those emotions positively, Kyrgios was the driving force for Aces for Relief as the first player to pledge a donation – in his case, $200 – for each ace he hit during the Australian summer.

The difficult situation is also propelling Kyrgios forward in other positive ways, the 24-year-old appreciating the opportunities that exist at his home Grand Slam.

“Things happening at the moment, they’re much larger than all of this,” Kyrgios added, also referencing recent earthquakes in Puerto Rico.

“At the same time, I have to find the balance. I have to go out there and try to get the best out of my game. But I think when I’m playing, at the moment I’m playing for a lot more than myself.

“I feel like I’m getting the best out of myself with that. I think a lot of tennis players right now are understanding that.”

Kyrgios enters his first round with confidence from a straight-sets win over Sonego in their only other encounter at Cincinnati last year.

“It was a tough match,” the Australian recalled of the 53rd-ranked Italian. “(He’s a) very capable player. Big serve. Loves to hit his forehand.”

Equally helpful for Kyrgios – who contested junior events in Melbourne from a young age and lived in the city for two years – is the strong sense of a homecoming at Melbourne Park.

“It’s good to be back at the Australian Open, another one,” said Kyrgios, the AO 2013 boys’ champion and a men’s singles quarterfinalist in 2015.

“(It) feels like I’ve been playing here since I was about 12. I’m not going to take it for granted. I’m really enjoying myself.”

As a driving force in bushfire relief efforts, including his starring role in last week’s Rally for Relief, Kyrgios can expect some passionate support as he takes to Melbourne Arena.

Stressing that positive media coverage and public perception are far from his mind – “I just do it because I genuinely want to help” – Kyrgios also appreciates the support he’s long received from Australian Open fans.

“Every time I play here, I’m well-supported. All my practices are pretty full. I think people are excited to see me,” he said.

Kyrgios, who kicked off his season by winning three of his four singles matches at the ATP Cup, is in the right frame of mind to please those supporters.

“2019 was a tough year for me. So many ups and downs. Mentally went through the wars,” he admitted as he explained how the season provides a fresh start. I feel good,” said Kyrgios.

“I feel like I’m just trying to spread a lot of positive vibes around. That’s all I’m trying to do.”