Undefeated so far in 2020, John Millman wins a fourth straight match to progress to the Auckland quarterfinals. 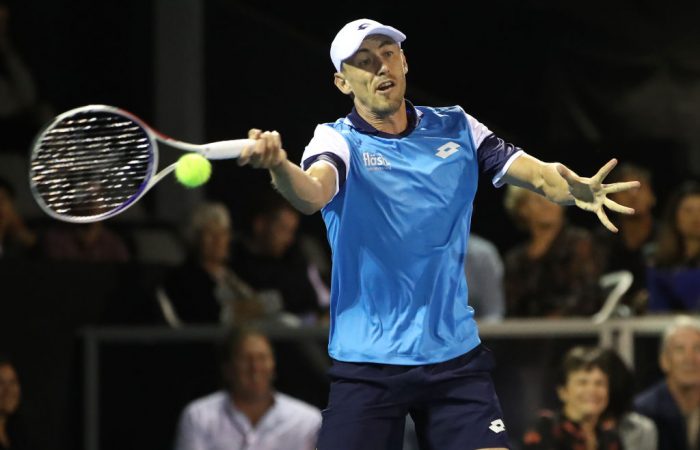 John Millman completed a successful day for Australian tennis as he stunned No.3 seed Karen Khachanov 6-4 3-6 6-3 to progress to the quarterfinals of the ASB Classic in Auckland.

It followed Lizette Cabrera’s progress to the same stage in Hobart, and Alex Bolt breaking through to a first ATP quarterfinal at the Hobart International.

In Auckland, the 47th-ranked Millman, outclassed world No.16 Khachanov in an hour and 50 minutes.

Continuing his progress in a stunning start to the season, the Queenslander is so far undefeated in four matches in 2020. The 30-year-old outclassed Michael Mmoh in Auckland’s first round.

Last week, Millman overcame Greek player Michail Pervolarakis and Canadian Felix Auger-Aliasimme as he competed at the ATP Cup in his hometown, Brisbane.

Millman, who peaked at a career high world No.33 soon after upsetting Roger Federer to reach the 2018 US Open quarterfinals, aims to continue progress against Benoit Paire in the Auckland quarterfinals.

Recent signs are promising: the Australian No.3 has won 16 of his past 22 matches, dating back to last September’s US Open.