Making a big breakthrough in his home state, Alex Bolt stuns Jan-Lennard Struff to progress to a first ATP quarterfinal in Adelaide. 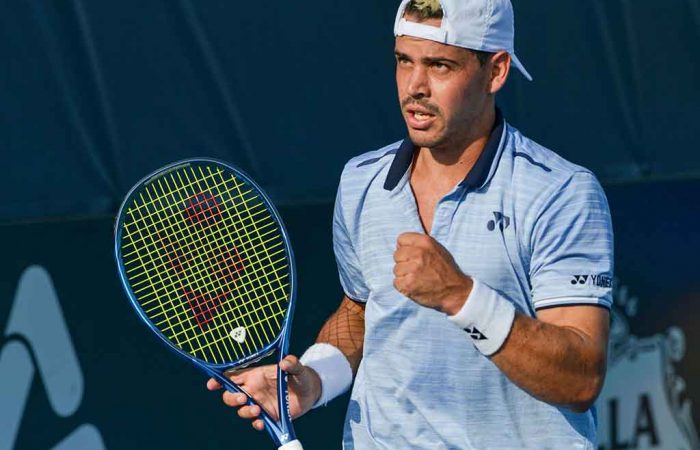 Australian wildcard Alex Bolt caused a major upset at the Adelaide International, winning his way into a first ATP quarterfinal.

Following a first-round win over Stephane Robert yesterday, Bolt spoke of the special significance in competing in Adelaide.

“I grew up watching the old ATP tournament when it was here,” said the 27-year-old.

“So to be playing here as a pro is a dream come true.”

Rublev, on three hours’ sleep, advanced to the quarter-finals with a comprehensive 6-3 6-3 second-round win against American Sam Querrey.

The world No.18 arrived in Adelaide after winning last week in Doha – his third ATP title.

“It’s (an) amazing feeling to be top 20 for the first time,” said Rublev, who will meet Brit Dan Evans in the quarterfinals. “There are still so many things that I can improve.”