Ash Barty is the first player to reach the Adelaide International quarterfinals, while Arina Rodionva scores an upset win over the higher-ranked Sloane Stephens. 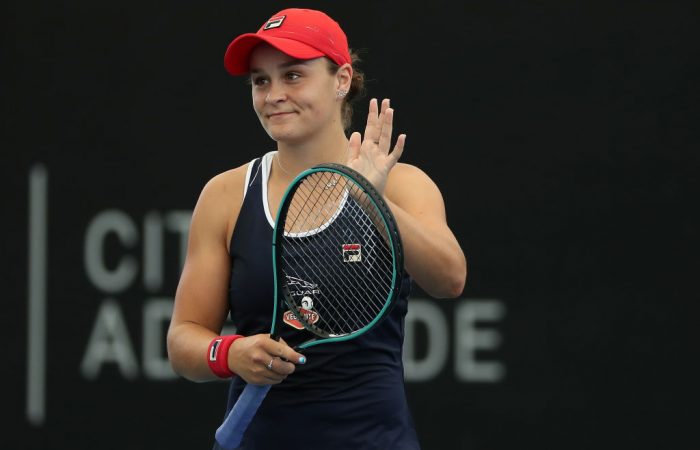 World No.1 Ash Barty has overcome a challenging start to post a comeback victory in her first appearance at the Adelaide International.

Barty, gifted a first-round bye, initially struggled in the second-round fixture against the world No.31.

The Australian, who lost her first-round match against world No.53 American Jennifer Brady at the Brisbane International,  initially battled for timing and fluency but recovered in Adelaide in the second set, finding increasing touch throughout the afternoon.

“I definitely was able to find a bit more of my kind of style tennis and control the match a little bit more in the third,” said Barty.

“Credit to Anastasia … We’ve always had very close ones. She pretty much controls the whole match. I’m just out here trying to do the best that I can.”

First into the quarterfinals in @adelaidetennis!@ashbarty makes a terrific comeback and defeats Pavlyuchenkova 4-6, 6-3, 7-5. pic.twitter.com/eO2tNQhPeg

The Australian hit five of her 11 aces in the second set and, in the third, raced to a 5-2 lead, aided by a series of unforced errors from the Russian.

But Pavlyuchenkova, just when appearing down for the count, rallied to level at 5-5 before Barty gained a break of serve and then closed out the match.

“I’m happy now that I’ve given myself an opportunity to play another match on this beautiful court in front of everyone here in Adelaide,” the Queenslander added.

Stephens, the 2017 US Open champion, was out of sorts from the start – her serve was broken in the opening game of the match.

Rodionova, a 30-year-old who endured two three-set wins in qualifying just to reach the main draw, was in control thereafter.

“I was pretty relaxed today,” said Rodionova, who next meets Marketa Vondrousova.

“From winning those two really tough matches in qualifying, I feel like I deserve to be in the main draw.”

Arina wows the arena with a sparkling performance ✨