The last Australians drop out of contention at the Apis Canberra International in Bendigo, despite Victorian Jaimee Fourlis taking it up to the women’s top seed. 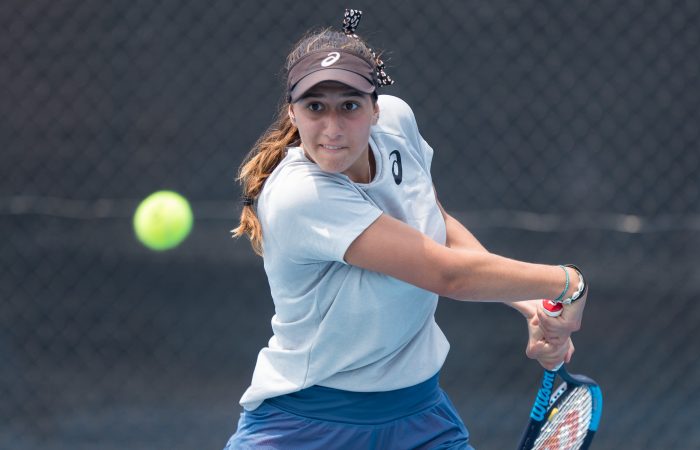 Aiming for a quarterfinal berth, the Victorian fell 6-3 3-6 6-0 to the more experienced Romanian.

“She’s a high-quality opponent, she’s been top 100 before. I knew I had to come out firing,” Fourlis, 20, said. “I started off well but then played a couple of bad games and she got on a roll. I was able to get back in the second set and get some momentum, but unfortunately things didn’t go my way in the end.

“I definitely got some confidence winning my first-round match here and hopefully now I can go into Australian Open qualifying with a positive mindset.”

In the men’s ATP Challenger event, remaining Australians Alex Bolt and qualifier Harry Bourchier were both stopped with South Australian Bolt falling to German Dominik Koepfer in three sets and Tasmanian Bourchier going down to Korean Soonwoo Kwon 6-2 6-4 after his exciting win over American ninth seed Marcos Giron on Wednesday.

Top seed and world No.56, Ugo Humbert of France, was defeated in straight sets by fifteenth seed Denis Kudla, 7-6(4) 6-3.  Kudla will now take on sixth seed Jaume Munar in a quarterfinal, the Spaniard winning in straight sets over Swiss Henri Lakksonen.

Finland’s Emil Ruusuvuori backed up his second-round victory over Italian Jannik Sinner to defeat No.13 seed Taro Daniel of Japan in straight sets.  The 20-year-old is currently sitting at a career-high ranking of No.121 after claiming four ATP Challenger Tour titles in 2019.