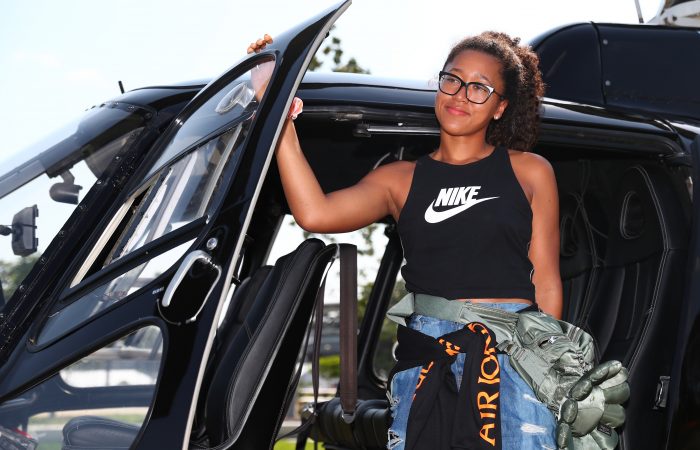 Naomi Osaka has her sights on Ash Barty’s No.1 ranking after rediscovering her hunger following a topsy-turvy 2019 season that began with an Australian Open title.

The Japanese talent soared to top spot last January thanks to her US and Australian Open double.

But she hit a wall soon after, cycling through two coaches and flopping in the final three majors before finding late form to finish the year at No.3 in the world.

She will join a stellar field headed by local hope Barty at the Brisbane International from 6 January and announced her arrival in typical cool style by taking a helicopter ride over the city with Australian player Kimberly Birrell on Thursday.

The 22-year-old was one of four different women’s major winners in 2019 – a season that Barty eventually owned thanks to her consistency across all surfaces.

Osaka wants to take a stranglehold on the tour though and said countering Barty’s all-court craft was vital to that.

“That’s the mentality going into this year,” she said of her intention to jump clear of a crowded pack.

“Last year I had to figure a lot of stuff out and a lot of people could see that and towards the end of the year is when things started clicking for me.

“I love Australia … so I’m excited to start here.”

She said French Open champion Barty would prove a handful this year.

“She has a lot of variety, her serve’s really pin point and she has the best slice on tour,” Osaka said.