After reaching the third round at Australian Open 2019, Alex Bolt is looking forward to his 2020 campaign. 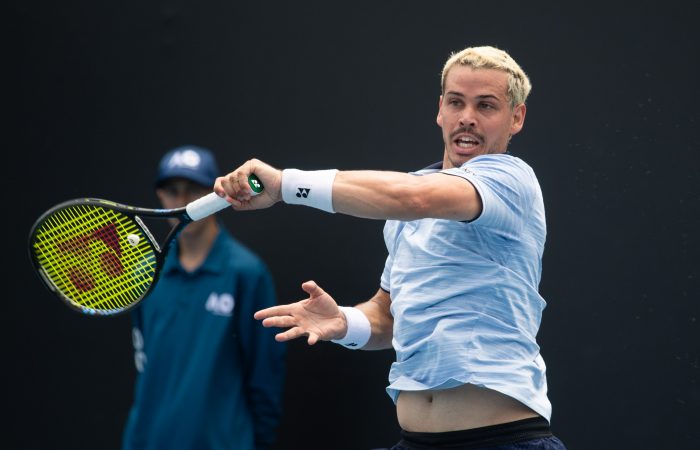 Memories of a career-best run at Australian Open 2019 are fuelling Alex Bolt’s enthusiasm for this summer.

The 26-year-old South Australian advanced to the AO 2019 third round as a wildcard entry, defeating American Jack Sock in the opening round – his first Grand Slam main-draw win – before saving four match points to overcome Frenchman Gilles Simon in a five-set, second-round epic.

“It definitely gives me confidence that I know I can mix it with and really take it to the top guys in the world,” Bolt told tennis.com.au in a break from his preseason training.

Currently ranked No.159, Bolt needs to qualify or receive a discretionary wildcard to make his fourth consecutive main draw appearance at Melbourne Park.

“To qualify for the Australian Open is priority one. Anything that happens after that is just a bonus,” Bolt explained of his summer expectations.

Bolt did contest the AO Play-off last week, but his hopes of securing a coveted wildcard were dashed in a semifinal loss to Max Purcell.

“I feel like I’m in some pretty good form leading into the summer. I can only take away positives from the tournament,” said Bolt, who was the top seed, of his Play-off result.

A hamstring injury sustained in the Play-off is not a concern either.

“It’s all good. It was just a minor setback. I had a few days off and I’m straight back into training,” said Bolt, who begins his 2020 season at an ATP Challenger event in Canberra.

After an intensive preseason training block, Bolt believes he can improve the career-high singles ranking of No.125 he set in March.

“The ultimate goal right now is to crack the top 100. I’m confident in my ability to do that,” he said.

“Once I get there, I’ll reassess and set some bigger targets.”