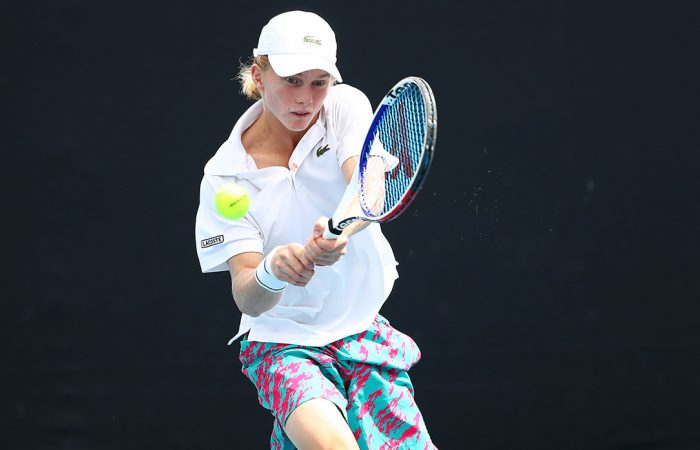 Excitement is building ahead of next week’s Australian Open 2020 Play-off, with four more players securing a spot in the field today.

The AO 2020 UTR Wildcard Play-off began in November and was played across multiple cities before culminating at the December Showdown, presented by Kia, at Melbourne Park this week. Open to anyone with a Universal Tennis Rating, it provided an unprecedented opportunity for more Australian players to have the chance to win an Australian Open wildcard.

Tomic overcame a slow start to defeat Alexandra Bozovic 3-6 6-1 [10-4] to guarantee her entry into next week’s play-off. Currently ranked No.848, Tomic was a finalist at a UTR event in Caloundra in November and won two matches at the December Showdown this week to win the UTR Wildcard Play-off.

“I’m really happy and proud of myself to get to the next stage,” the 21-year-old from Queensland told tennis.com.au.

“I’m so excited. I just have to go in thinking positive and just fight really hard,” she said of her chances.

Sweeny, who lost in the 18/u Australian Championships final earlier in the day, scored an impressive 6-3 6-2 win over fellow Queenslander Brandon Walkin to earn a UTR Wildcard Play-off spot.

“I’m really happy I could bring that level when there was a wildcard on the line,” Sweeny said.

“My short-term goal has been to get into the wildcard play-off for a few months now. I’ve been working really hard, so I’m so proud I’ll be playing and can’t wait to get out there.”

Sweeny, who has a ATP ranking of No.1587, is a big supporter of the UTR Wildcard Play-off – a new initiative introduced this year.

“For the players that don’t have the ranking to get directly into the Australian Open wildcard play-off, it’s a great opportunity – especially for those you can’t financially support themselves to travel overseas to get their ranking up,” he said.

The Australian Open 2020 Play-off is played at Melbourne Park next week. The winners of the 16-player men’s and women’s singles draws receive a main draw wildcard.