Maddison Inglis and Alex Bolt will head the women's and men's fields at next week's Australian Open 2020 Play-off. 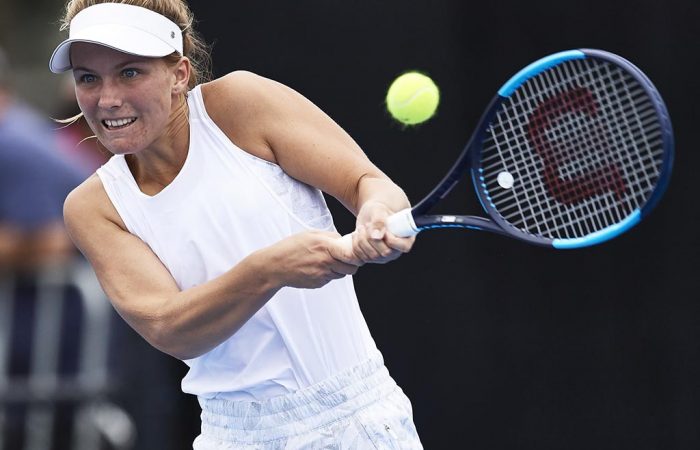 The tournament, part of the December Showdown presented by Kia, will run from Monday 9 to Sunday 15 December and feature 16 men and 16 women.

World No.128 Maddison Inglis (WA) will lead the women’s field, with South Australia’s Alex Bolt [160] leading the men’s field. The full field for both draws are available below.

An Australian Open women’s doubles wildcard is also up for grabs, with competition running from Monday 9 to Friday 13 December.

“The AO Play-off is a great opportunity for our players who don’t have direct entry into the Australian Open to compete and earn their place in the main draw,” Australian Open Tournament Director Craig Tiley said.

“Winning this event, and going on to play at the Australian Open, really sets a player up for a successful year, both in terms of prize money and confidence. Some of our recent past winners include current stars Ash Barty and Alex de Minaur, and I know all the players will hope to emulate their success.

“So many of our emerging players have achieved terrific results on the Pro Tour this year, and I’m looking forward to seeing them in action here at Melbourne Park at what is the beginning of our summer of tennis.”

Today four players from the New South Wales UTR tournament, and theQueensland UTR tournament competed in the first round of the UTR Finals at Melbourne Park Universal Tennis Ratings.

The two winners will then play against two players who have been awarded wildcards by the Tennis Australia National Selectors tomorrow. The male and female winner of these matches will earn a place in Monday’s AO 2020 Play-off.

The Australian Open 2020 Play-off draw will take place at Tennis HQ from 1.00 pm on Sunday 8 December.

The Australian Open 2020 Play-off will be livestreamed via tennis.com.au and Channel Nine’s on demand channel 9Now will stream the finals.

For all December Showdown presented by Kia news, draws and order of play please visit here.

Live scores will be available via the Scorebuzzer website here: tennisau.scorebuzzer.com