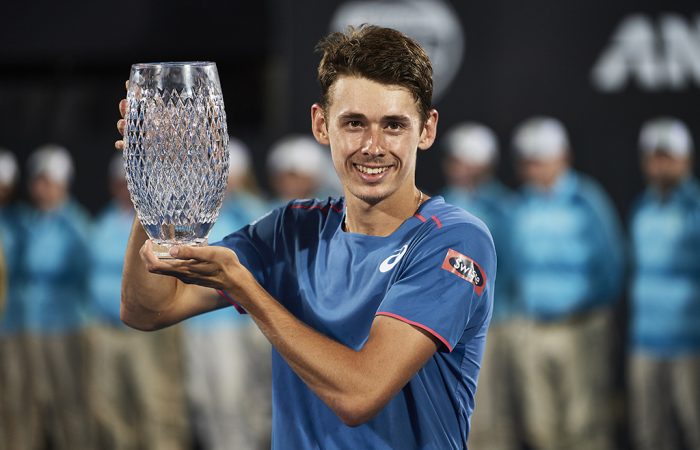 In just his second event of the year, he won the Sydney International for his first career title. And in his last outing, at the Davis Cup Finals in Madrid, he went undefeated in singles for Australia, helping guide the green-and-gold into the quarterfinals.

In between there were many more highlights. The 20-year-old advanced to a total of five finals in 2019, eventually cracking the top 20 — attaining a career-high ranking of 18th — and finishing the year with a win-loss record of 41-20 and almost US$2 million in prize money.

We recap De Minaur’s many highlights in the build-up to the 2019 Newcombe Medal, Australian Tennis Awards on Monday 2 December in Melbourne.