Alexei Popyrin joins fellow Australian John Millman in the main draw of the ATP tournament in Stockholm after winning his final-round qualifying match on Monday. 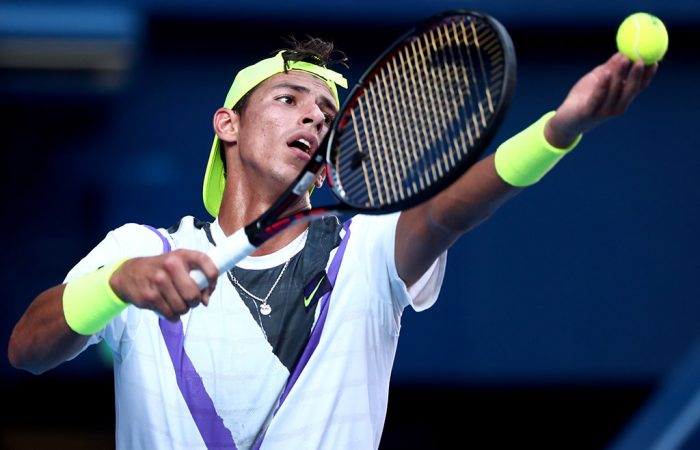 Alexei Popyrin has qualified for his ninth tour-level event of 2019 with a three-set win over Yuichi Sugita in Stockholm.

Helped by 12 aces, the Australian recovered to beat Sugita 1-6 6-2 6-3 to set up a first-round meeting at the indoor hard-court event with lucky loser Oscar Otte of Germany.

Popyrin beat Tobias Kamke in straight sets in the opening round of qualifying and will try to extend his winning run in Stockholm to three matches when he takes on Otte on Tuesday evening (local time).

Alexei Popyrin 🇦🇺 (@AlexeiPopyrin99) qualifies for the main draw at Intrum Stockholm Open for the 2️⃣nd year in a row! 💥

Popyrin has now won 34 singles matches in 2019 and is now inside the top 90 after beginning his season ranked 147th.

This year he has come through the qualifying rounds to reach the main draw in Acapulco, Indian Wells, Monte Carlo, Estoril, Stuttgart, Wimbledon, Chengdu and Tokyo prior to this week in Stockholm.

Bernard Tomic, meanwhile, fell in the first round to Dan Evans.