Sam Stosur reveals the right-hand stress fracture she sustained at the 2017 French Open had physical and psychological impacts she is only now beginning to overcome, more than two years on. 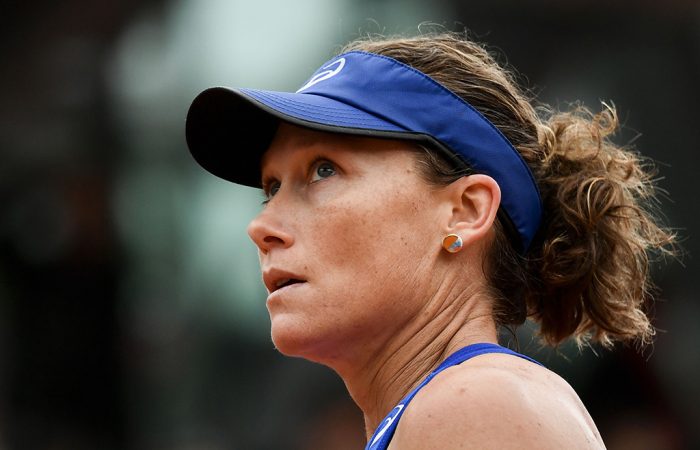 Sam Stosur’s run to the final of the recent tournament in Guangzhou was the first time in more than two years the Australian champion had appeared in a WTA final.

And the reason for that drought can perhaps be attributed to – in part, at least – the lingering effects of a freak hand injury sustained at Roland Garros in 2017.

Stosur suffered a stress fracture in her playing hand during her fourth-round loss to eventual champion Jelena Ostapenko in Paris, an injury that would sideline her for almost four months.

She admitted that this season she had often thought back to that moment, especially as she continued to work on elements of her game without experiencing results on court.

“I’ve had this conversation with Dave (Taylor), with my sports psychologist, with a bunch of people. I’m like, I’ve never hit the ball the same,” she told tennis.com.au in Beijing.

“And I know that (the injury) really hampered me and I probably took a really long time to then trust what I was doing on court.

“Because all of a sudden it’s affecting your best shot, and that’s what I think I did it on, and then when you start trying to hit your forehand again, you don’t really want to hit it any more.

“Even though there’s no injury there or anything (any more) … when I’ve gone back onto clay, I get real achy in my hand and still something’s there.

“I think nobody really gives enough thought to how much an injury can impact, even way down the track, and especially something so (critical to my playing style).

“I do think it really made a big (impact), because (at that time in 2017) I was getting myself back to a really good spot.

“I’m always like: oh my god, fourth round French (laughter).”

Indeed, it was an golden opportunity for success thwarted, for Stosur was perhaps one of the most in-form players on clay at the time.

Already a French Open finalist and three-times a semifinalist, she’d won the Strasbourg title in the week before Roland Garros and built an eight match winning streak en route to the last 16 in Paris, dropping just one set in those eight matches.

She was in complete control against Ostapenko before the hand injury began to take its toll, and eventually faded to a 2-6 6-2 6-4 defeat.

Ostapenko subsequently beat Caroline Wozniacki, Timea Bacsinszky and Simona Halep in her final three matches to claim her maiden Grand Slam title – all players Stosur would have fancied herself against at her best tournament.

In the period between Roland Garros (June 2017) and Guangzhou (September 2019), Stosur’s win loss record was 40-54. In that time she played 51 events – including Fed Cup ties – and reached just one semifinal, on grass in Mallorca in 2018.

She said only in the past few months had everything begun to feel “normal” again.

“I think it has (subconsciously held me back) for a long time,” Stosur revealed.

“I wouldn’t say that now — I think it’s just taken a long time to trust all of that again and get it back right.

“I have no doubt I kind of changed my technique a little bit when I started again (in compensation) without even realising. Something just wasn’t right.

“Once I’d kind of addressed it more with my sport psychologist, because I was like, nah, this is definitely something in the back of my mind, I think that’s kind of been hopefully a good turning point.

“That’s why I’m so happy with the way things have been going (recently) — because it does finally feel like normal again.”