Sam Stosur's jump to world No.92 puts her on track for a 16th consecutive top-100 season, while Christopher O'Connell cracks the top 200. 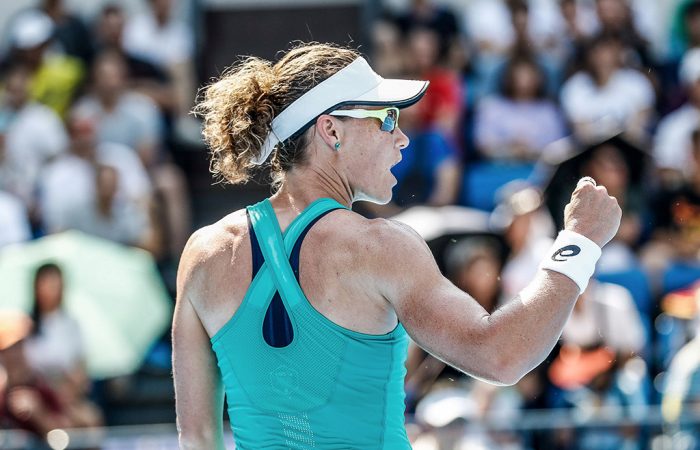 Sam Stosur’s run to the final of the WTA Guangzhou Open saw the Queenslander jump 37 places in this week’s rankings.

Stosur vaulted from No.129 to No.92, and with no points to defend for the rest of the season, the 35-year-old is on track for an incredible 16th consecutive top-100 season.

She also moved up to fourth in the Australian rankings, behind world No.1 Ash Barty, 49th-ranked Ajla Tomljanovic and Astra Sharma, ranked two places above her at No.90.

On the men’s side, John Millman’s ATP Challenger title in Kaohsiung boosted the Aussie back inside the world’s top 80, while his vanquished opponent in the final, compatriot Marc Polmans, rose to within two places of his career-high ranking of No.138, a mark he set last year.

Christopher O’Connell continued his incredible season, rising to a career-high ranking of No.192 after reaching the Sibiu Challenger final in Romania.