Hon advances to last 16 in Seoul

Priscilla Hon's Korea Open love affair continues, with the Aussie setting up a second-round meeting with countrywoman Ajla Tomljanovic thanks to her third straight win in Seoul. 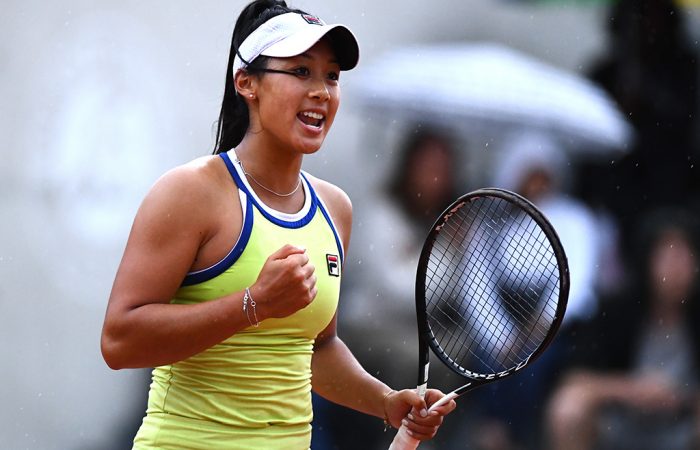 Priscilla Hon won yet again in Seoul, advancing to the second round of the WTA Korea Open with a 6-3 6-4 win over Mihaela Buzarnescu.

Hon beat the former world No.20 6-3 6-4 and will next play fellow Australian Ajla Tomljanovic, who thumped Swiss Stefanie Voegele 6-0 6-2 in under an hour.

Tomljanovic, a finalist at this tournament 12 months ago, arrived in Seoul after a semifinal finish at last week’s WTA event in Zhengzhou.

“She’s in really good form, did really well last week. I’ve trained with her and I know her game and style of play, so it’s obviously going to be a tough one,” Hon told tennis.com.au ahead of the pair’s first meeting.

“So it will be interesting to play her.”

Hon’s win over Buzarnescu was her third straight in Seoul after she won through two rounds of qualifying.

It marked the third straight year she has qualified for the main draw; in 2018 she also progressed to the second round, while in her first appearance at the tournament in 2017, she won four straight matches to appear in her first WTA quarterfinal.

She has won 10 of her 12 total matches at the International-level hard-court tournament.

“I feel very comfortable here. Just the whole tournament in general is quite easy; it’s close to the hotel, the hotel’s good, and there’s quite a few things I really like about it,” she explained.

“That’s why I always come back here every year. Every year I come back and I’m like, I hope it’s like last year. So far so good (laughter).”

Hon has rebounded strongly this week in Seoul after a heart-breaking loss last week to top seed Hsieh Su-Wei in Hiroshima.

The 21-year-old built a 6-1 2-0 lead and three times served for the match before the wily veteran escaped to win 7-5 in the third set.

The result proved a valuable learning curve for Hon, who said she felt much calmer stepping up to the line to serve out victory over Buzarnescu on Tuesday.

“The big one for me was kind of believing that I could beat her,” Hon said of the Hsieh match.

“When I was up I was like, is this for real? I started doubting myself when I won the first set quite easily, I think it was 20 minutes. I got tight in those tight situations.

“At this level you can’t wait for them to miss or something. You have to actually make them miss, and not be scared to play the point in those tight situations. So that’s what I learned from that loss.

“I didn’t want to go through that again.”

Hon this week rose four places to a career-high ranking of No.119.

After beginning the season ranked No.161, she is on track to reach her goal of a place inside the world’s top 100.

“It’s definitely achievable. That’s the aim for the end of the year,” she said.

“I need to do something big to make that jump. So hopefully I can do that next couple of tournaments, or even this week.”