Pliskova too strong for Tomljanovic in Zhengzhou

Ajla Tomljanovic's tournament in Zhengzhou ends in the semifinals with a straight-sets loss to top seed and world No.2 Karolina Pliskova. 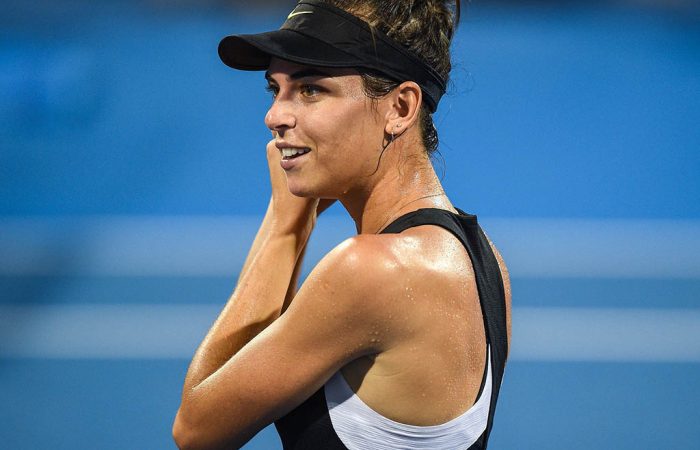 Ajla Tomljanovic’s strong run at the Zhenghzou Open has come to an end, the Australian going down to top seed and world No.2 Karolina Pliskova in straight sets.

Tomljanovic had enjoyed a terrific tournament that included a win over world No.8 Kiki Bertens en route to her first WTA Premier-level semifinal.

But she couldn’t find another level against Pliskova and was downed 6-3 6-2 in 68 minutes.

It was Pliskova’s third victory of the year over Tomljanovic after wins in Brisbane and Rome.

Pliskova won 93 per cent of her first serve points, and broke four times on her way to a fifth final of the season where the Czech will take on Croatia’s Petra Martic.

Despite three consecutive double faults in the second set, Pliskova still managed to hit 28 winners while Tomljanovic made 13 unforced errors.

Pliskova will seek her first title in China on Sunday after finishing as runner-up in Zhuhai in 2015 and Tianjin last year.