Ajla Tomljanovic advances to her fifth WTA quarterfinal of 2019 after a straight sets win over world No.8 Kiki Bertens at the Zhengzhou Open. 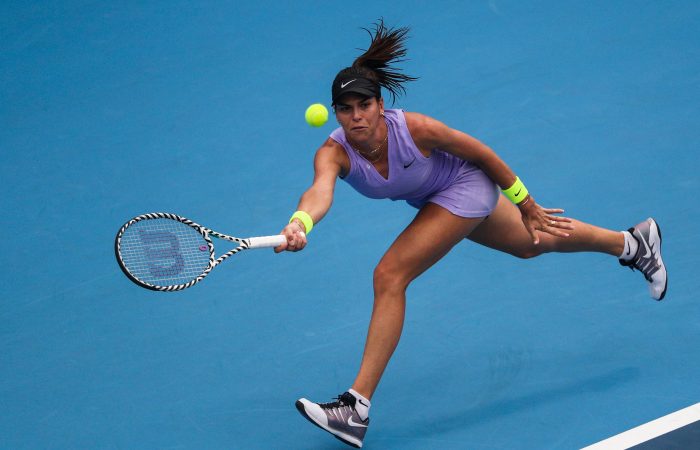 Ajla Tomljanovic notched the biggest win of her season with a straight-sets victory over Kiki Bertens in the second round of the WTA Zhengzhou Open on Friday.

After trailing 4-1 in the second set, Tomljanovic beat the third seed 6-4 7-6(1) to advance to the quarterfinals where she will meet Zheng Saisai, who overcame Alison Riske in straight sets.

Bertens, the world No.8, had beaten Tomljanovic in their two previous career meetings, including a three-set win in the final of last year’s WTA event in Seoul, South Korea.

But the Aussie was the better player on Friday, scoring her second top-10 win of the season — the other came over ninth-ranked Aryna Sabalenka at the Miami Open in march — and third overall, dating back to her breakthrough victory over world No.3 Agnieszka Radwanska en route to the fourth round of the 2014 French Open.

“I thought it was a really tough match. I was actually pretty happy with the way I played. I thought she served really well so I was kind of happy to mentally stay in it and wait for my chances,” Tomljanovic reflected.

“Luckily in the tiebreak I think she had a couple of loose errors that gave me the advantage. I’m really happy with the win.

“I think (what I did well was) staying in points and mixing it up and then going for it when I had the shot. She’s tough, she gets a lot of balls back but then she can attack so she doesn’t have many weaknesses. So I think just my all-around game was really good today.”

Tomljanovic has now progressed to five WTA quarterfinals in 2019, after also doing so in Brisbane, Hua Hin, Rabat and Nottingham.

Yet this one in Zhengzhou, like Brisbane, has come at a Premier-level event, a result projected to boost her ranking two places higher to No.44.