Winston-Salem: Millman through, Popyrin out

A semifinalist in Winston-Salem in 2016, John Millman returns to the last 16 with a three-set win over Marco Cecchinato, while Alexei Popryin bows out to Miomir Kecmanovic. 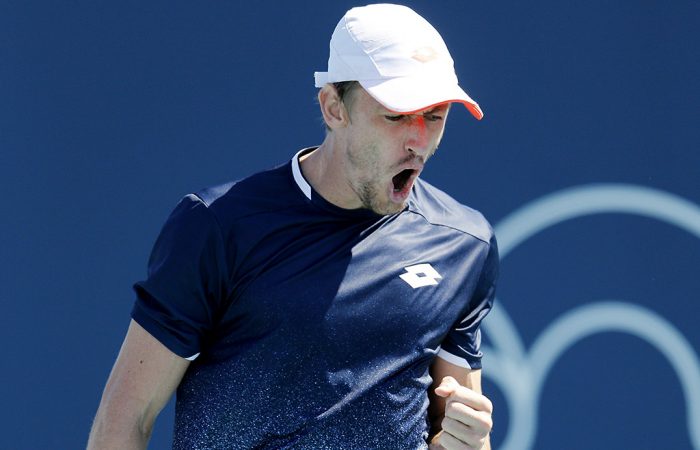 John Millman marched into the third round of the Winston-Salem Open on Tuesday after defeating former world No.16 Marco Cecchinato.

Millman will face Dutch world No.154 Robin Haase in the third round.

The Queenslander arrived in Winston-Salem having lost four of his six matches on North American hard courts since Wimbledon, and will be looking for another win ahead of the US Open, where he was a quarterfinalist last year.

His countryman Alexei Popyrin fell in the second round to 13th seed Miomir Kecmanovic.

In a battle between two of the tour’s young guns, the Serb got on top of Popyrin after a tense opening set, winning 7-6(5) 6-3.