Thanasi Kokkinakis will play in the US Open main draw for the first time in two years after receiving a wildcard on Wednesday. 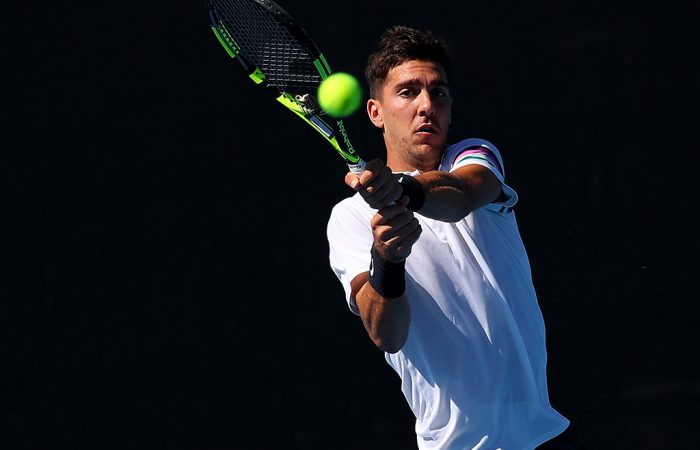 Thanasi Kokkinakis has been granted a main-draw wildcard for the upcoming US Open, starting in New York later this month.

The wildcard boosts Australia’s main-draw singles representation at the final Grand Slam of the year to eleven, with 15 Aussies also contesting qualifying.

Kokkinakis, on the comeback trail after a string of injuries, is looking forward to playing on the big stage in New York and returning to the form that took him to a career high ranking of No.69 in 2015.

His 2019 season started strongly when he qualified for both the Brisbane International and Australian Open, before he was derailed by a pectoral injury.

On his return to the tour last month he reached the ATP quarterfinal in Los Cabos and the semis at the ATP Challenger in Winnetka, USA.

“I’m so thankful for the opportunity to play the US Open, and would like to make special mention to Tennis Australia for believing in me,” Kokkinakis said.

“It’s been a difficult six months, after starting the year well in Brisbane and at the AO, it was frustrating to have to take some time out, but my body is finally feeling good, I’m rapt to be back playing and I’m really excited for the opportunity.

“It’s great to be back in New York competing in the main draw and feeling the buzz and energy of the event. I’m hoping this can help set me to finish the year strong.”

The US Open main draw runs from 26 August – 8 September, with qualifying running from 19-23 August.