Marin Cilic proves too strong for John Millman in Montreal while Naomi Osaka's opening-round victory in Toronto means she will overtake Ash Barty at world No.1. 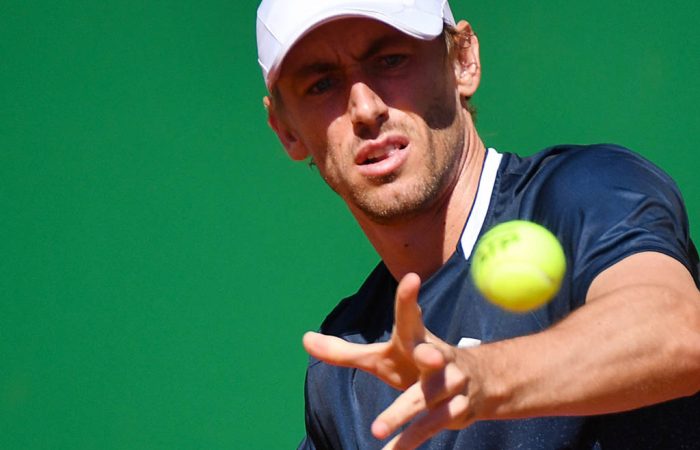 John Millman was eliminated from the Canadian Open in straight sets by Marin Cilic, ending Australian hopes at the tournament.

The 30-year-old was no match for the 14th-seeded Croatian, who dispatched him 6-3 6-4 in just one hour and 15 minutes in Montreal on Thursday.

Millman had made a decent run as the lone Australian male to make the second round after losing in the qualifiers.

Compatriots Alex de Minaur, Jordan Thompson and Nick Kyrgios were all knocked out of the opening round on Wednesday.

Ashleigh Barty was upset by American Sofia Kenin 6-7(5) 6-3 6-4 in the second round in Toronto after she had a first round bye, while compatriot Ajla Tomljanovic retired injured on Wednesday.

As a result, Barty will no longer be the world No.1, with Japan’s Naomi Osaka, the reigning US Open and Australian Open champion, set to regain top spot after defeating German qualifier Tatjana Maria in her second-round match on Thursday.

But Czech Karolina Pliskova, another former world No.1, could overtake both Osaka and Barty with a deep run in the tournament.

Pliskova, the first Czech ever to hold the top spot, opened her campaign in Toronto perfectly by beating Alison Riske, the American who snapped Barty’s 15-match winning streak in the Wimbledon fourth round last month.

The Czech defeated Riske 6-4 6-7(4) 6-2 and will face Anett Kontaveit, whose previous opponent Carla Suarez Navarro retired while trailing 7-5 3-1, on Friday.

If Osaka reaches the quarterfinal or semifinal in Toronto, Pliskova would need to reach the final, or otherwise defeat her in the final to be No.1.

Barty remains alive in the doubles draw; she and Victoria Azarenka play Julia Goerges and Karolina Pliskova for a spot in the quarterfinals.

John Peers and Henri Kontinen will take on Marcel Granollers and Horacia Zeballos in Montreal, also for a place in the quarterfinals.