Nick Kyrgios' return to the world's top 30 this week has also seen him once again become Australia's No.1 male player. 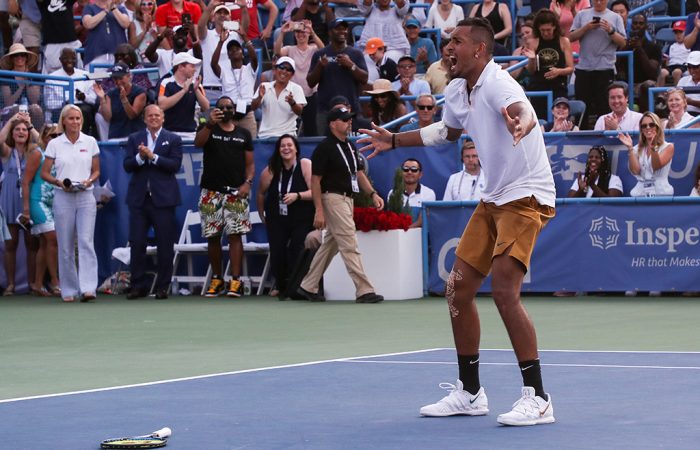 Nick Kyrgios’ triumph at the ATP tournament in Washington DC has seen the Australian improve his ranking by 25 places to world No.27.

His return to the world’s top 30 means he is once again the Australian men’s No.1, after he leapfrogged Alex de Minaur this week.

Several players this week enjoyed significant boosts to their rankings after points were retroactively added to their tallies from ITF tournaments in the past year.

“Players’ rankings will be updated with the new points allocations on 5 August 2019. These points will be applied retroactively to all tournaments played since August 2018.”

The biggest beneficiaries of this change — or rather, a return to the system in place prior to August 2018 — were Christopher O’Connell and Seone Mendez, who both rose more than 150 places this week.