Australian teenager Jaimee Fourlis has returned to the world's top 250 this week after a sustained run of good form on European clay. 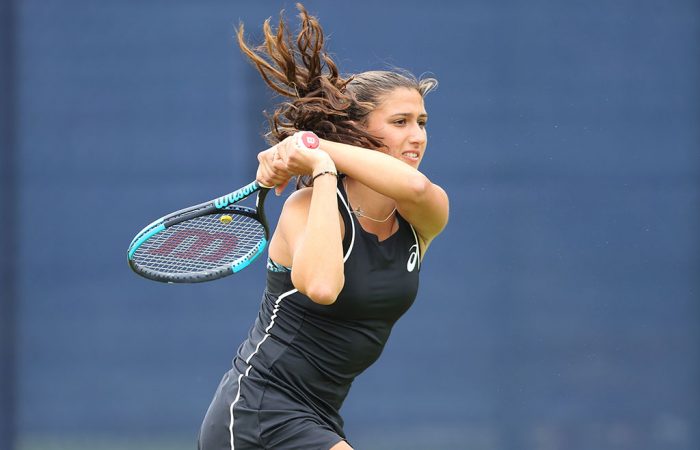 Jaimee Fourlis has jumped 35 places in the latest WTA rankings to return to the world’s top 250.

Other players enjoying significant improvements were Jason Kubler – whose victory at the Gatineau Challenger pushed him back inside the top 200 – and Aleksandar Vukic, who is closing in on the top 250 after a semifinal run at a Challenger tournament in Kazakhstan.

At No.262, it is a career-high mark for Vukic, as it is for Maddison Inglis, who rose to No.220 after winning her second ITF title of the season two weeks ago.

Fourlis rose to No.249 after winning three rounds of qualifying at last week’s WTA tournament in Bucharest before going on to reach the second round.

The Victorian has improved her ranking more than 80 places in the past two months thanks to sustained clay-court success on the ITF circuit in Europe, and more recently at WTA events.

She peaked at a career-high ranking of 189th in September 2018, yet lost her last seven matches of that season and seven of her first 10 in 2019.

Impressively, Fourlis has completely turned her year around, winning 25 of her 35 matches since the end of April and reaching the quarterfinals or better at four ITF events.

After qualifying in Bucharest she did the same at the WTA tournament in Palermo over the weekend, a result expected to push her another 13 places higher in next week’s rankings.