The Rafa Nadal Tour - a junior competitive educational program gets underway in Australia this month. 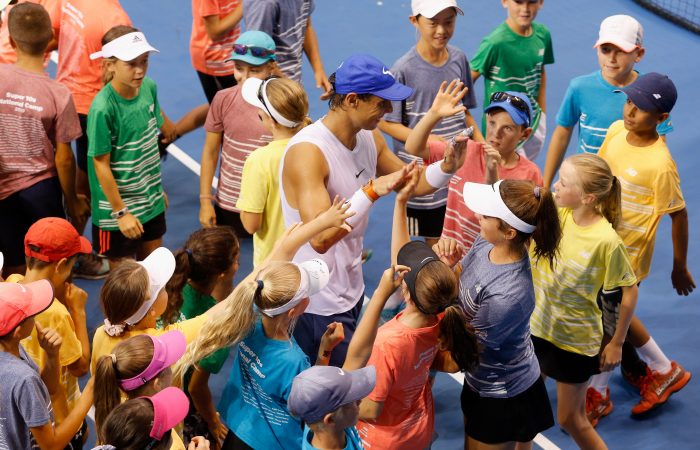 The globally renowned Rafa Nadal Tour is set to hit Australia as part of Tennis Australia’s long-term relationship with world No.2 Rafael Nadal.

Launched in Spain in 2014, the Rafa Nadal Tour was designed to offer a competitive environment while fostering the values of sportsmanship, commitment, fellowship and effort.

The first three Rafa Nadal Tour events for 12/u and 14/u players will take place on the Gold Coast, Melbourne and Adelaide in July, with further events planned for January, including a prestigious Masters final at the Australian Open.

The four winners will travel to Mallorca in Spain for a two-week training program at the renowned Rafa Nadal Academy by Movistar.

“Australia is such an incredible place and I’m excited to take the Rafa Nadal Tour there for young Australian players,” World No.2 and 18-time Grand Slam champion  Nadal said.

“I have so many great memories in Australia starting from my playing days when I was younger which is why I want to share this program.

“The aim of the tour is to help develop the next generation players and give them an opportunity to be the best they can be in what is such a competitive sport,” Nadal continued.

“Rafa Nadal is a legend of the sport and he is known for his exceptional values on-and-off the court. We have always been proud of our close relationship with Rafa and are delighted to introduce the Rafa Nadal Tour to Australia,” Tennis Australia CEO Craig Tiley said.

“Rafa is one of the most respected players on the tour and is renowned for his work ethic, respect for the game and all that surrounds it. He’s a great role model for all of us, and of course our young players, and we look forward to introducing this education program as part of the Rafa Nadal Tour.”

“I’m really looking forward to coming to Australia and I am so passionate about promoting the values of the Rafa Nadal Tour and making sure juniors get the opportunity to be the best version of themselves on-and-off-court,” Xisco Mercadal, Rafa Nadal Tour Values Coach said.