Ash Barty, who opens her Wimbledon campaign against Zheng Saisai on Tuesday, is hitting her stride on the practice court. 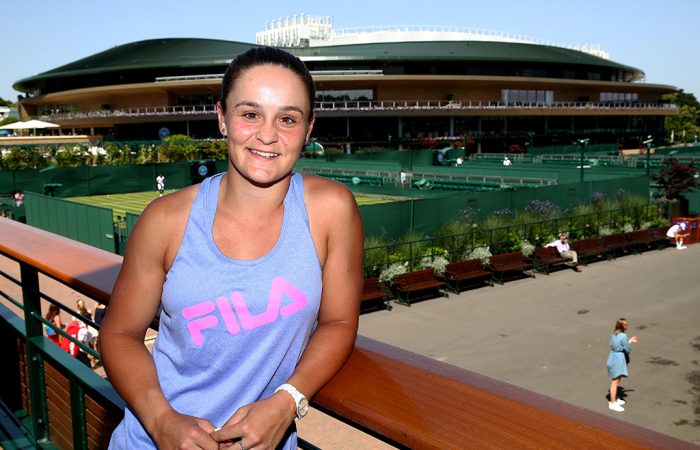 Ashleigh Barty has declared herself ready to go as Australia’s first Wimbledon top seed in 16 years.

Barty arrived at the All England Club under a fitness cloud after withdrawing from the Eastbourne International to rest bone stress in her over-used serving arm.

But the world No.1 insists she’s primed for another Grand Slam assault following her historic run to French Open glory earlier this month.

“Yeah, it’s been good. It’s been a really good couple of days,” Barty said on Saturday.

“It was nice to stay off the court for a few days, started hitting again on Thursday. As far as we’re going, everything has kind of worked out well with monitoring our loads, all those kind of things. So feeling good.”

Barty will likely need to negotiate a minefield of Grand Slam heavyweights to become Australia’s first Wimbledon champion since Lleyton Hewitt in 2002 – and first Aussie woman since Evonne Goolagong Cawley in 1980.

Barty is in a loaded top quarter of the draw alongside four former world No.1s, seven major winners and four Wimbledon champions, but isn’t looking beyond her opener on Tuesday against Zheng Saisai.

“I haven’t looked at the draw,” she said. “I’ve seen my first-round opponent. Flicking through on social media, you see people that are in certain quarters. I couldn’t tell you where they are in any kind of direct way.”

Should she see off the 43rd-ranked Zheng, Barty could face dual Grand Slam champion Svetlana Kuznetsova in the second round, and is projected to strike 2017 Wimbledon winner Garbine Muguruza in round three.

Barty comes into the tournament in excellent form, having won her only lead-up tournament on grass in Birmingham – a victory that saw her rise to world No.1. 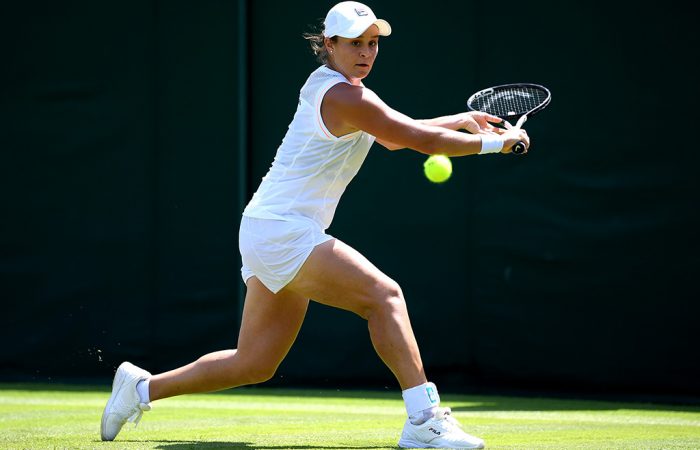 With grass her favourite surface, she ordinarily would have liked to play more tournaments in the narrow gap between the French Open and Wimbledon.

Yet with the amount of tennis she played in Paris, coupled with the bone stress issue that requires monitoring, Birmingham was her one and only grass-court stop.

She nevertheless believes she is in good touch ahead of her opener against Zheng.

“Been nice to hit on a few different courts, but it feels good,” Barty said of her practice sessions this week at the All England Club.

“It’s a little bit bizarre coming into Wimbledon having only played one grass-court tournament. We feel like we’ve been striking the ball really well, we’re comfortable with the grass under our feet.

“Saisai has incredible abilities to match up on a grass court. I think she was done well here in the past. She has got a good slice backhand, the kick serve that will react well off the courts. She loves playing on the grass courts.