Taking tennis to the next level

Tennis Australia is taking the sport to the next level as it realigns its local workforce. 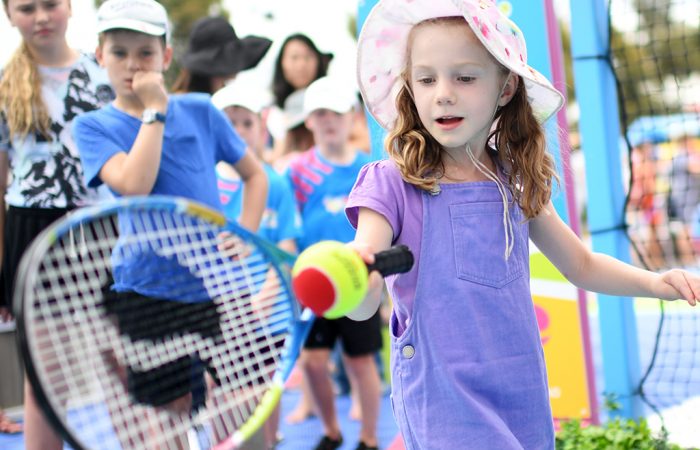 A role model Grand Slam champion in Ash Barty, one million tennis participants and record numbers in fan engagement – as Tennis Australia celebrates unprecedented highs, the organisation is also taking the sport to the next level as it realigns its local workforce.

Targeting increased access for players of all levels, as well as overall improvements in how the game is delivered and managed, Tennis Australia has significantly boosted the investment into its Member Associations.

The subsequent development of new regions for Australian tennis represents a bold new strategy, as well as many opportunities to build on positive momentum.

“This year saw us achieve one million tennis participants for the first time and we’re determined to build on this growth trajectory,” said Tennis Australia CEO Craig Tiley, who explained that studies of different sports and industries, alongside several formal reviews within the organisation, had helped identify the best way forward.

“There are clearly many positives within the sport already, including our newest Grand Slam champion in Ash Barty and growing participation levels,” Tiley added.

“Now comes the opportunity to build on those positives in a way that ensures even more people can access and benefit from the game that we love.

“Part of this is the careful development of a workforce that underpins a vibrant and dynamic tennis community.”

Local communities are at the heart of the new focus, with the establishment of 36 geographic territories across the nation allowing the development of more meaningful partnerships with tennis clubs and coaches.

As Matt Dwyer, Chief Tennis Officer at Tennis Australia, explains, “Our Clubs, with their passionate volunteers and highly credentialed coaches, are our game’s greatest asset and contribute countless hours every week to supporting those one million players across the country. With the launch of our new strategy for tennis, we are now looking to partner with them in a more meaningful way than ever before to ensure our great game thrives for generations to come.”

They will do so with the support of a Regional Tennis Manager, who as heads of their respective regions will hold clear accountability for the health of tennis in their region.

Factors to determine the 36 geographical regions included an indicative distribution of current tennis participants, clubs, associations and tournaments, as well as the existing structure of member associations.

Local government areas, plus State and Government management and planning regions were also taken into consideration. So too were processes adopted in structuring regions of other national sporting organisations, including AFL, cricket, golf and netball.

All Australian states and territories are represented, with regions identified in both metropolitan and non-metropolitan areas. The sizes of the regions are a balance of geographical area and the population to be reached or serviced – both for tennis programs and marketing.

“Through these newly created roles, the 20 Regional Tennis Managers will provide bespoke support to their local community,” explains Dwyer. “Collaboratively developing plans that incorporate clubs, coaches and schools that will unify the region in our ambitions to see tennis thriving in the local community.

“In addition to the increased investment in people to support clubs and coaches, we have also partnered with global organisations that include Deloitte, Clubspark and UTR to support the development of digital tools that make it easier for clubs and coaches to run their businesses and we look forward to sharing details of these resources in the coming months.”

A key goal of the realigned local workforce is to ensure each region is serviced to the highest possible level and with appropriate resources.

The number of Participation Leaders will therefore grow, with those roles to become known as Club Development Officers. There will also be an increase in School Development Coordinators, creating consistency in club and school servicing ratios.

Regional Leads and Tennis Delivery Channel Managers are other roles that have been created to enhance the expanding tennis landscape.

The growing opportunities to join the Tennis Australia workforce also symbolise growth of the sport generally.

“We’re aiming to fill more than 50 new roles,” said Dwyer. “It not only shows the growth of the sport but also highlights our commitment to supporting all the hard work being done by clubs, coaches and teachers across the country in hopefully developing the next generation of Ash Bartys and Dylan Alcotts.”

Tiley is equally excited to lead Australian tennis into an exciting new era.

“It’s a great time to be a part of Australian tennis,” he said. “While a stunning foundation for success is already established, there’s also so much exciting potential still to be realised.”