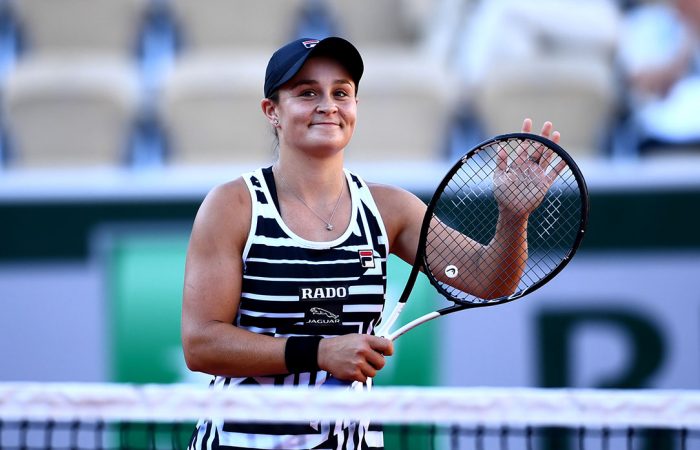 Ash Barty’s potential path to a French Open title has been blown wide open after Serena Williams and world No.1 Naomi Osaka both lost on the same day the Australian calmly booked a spot in the fourth round.

The eighth seed extended her career-best run in Paris with a calm 6-3 6-1 third round defeat of German Andrea Petkovic.

“For me it’s easy not to look ahead,” Barty said.

“Obviously there’s talk and it’s unavoidable to hear what else is happening around the draw.

“I can only control how I prepare, how I play, and ultimately how we go about my next match.”

Barty cruised past German veteran Petkovic to reach the final 16 without dropping a set in what has been an efficient and composed campaign from the 23-year-old.

“I’ve been able to close out matches well,” Barty said.

“I’ve been able to win some matches in business-like fashion, but they’re certainly not easy matches, that’s for sure.

“I feel like I’m playing well and being able to execute to make the score lines look a little easier than the match actually is.”

Yet Barty, who improved her season record to 26-5, is prepared to be tested against No.35-ranked Kenin.

“She’s played an incredible match, obviously, to beat a world-class champion,” Barty said of her next opponent.

“And the challenge will be just as great coming from her as it would have been if it was Serena.”

Barty is aiming to become the first Australian to win the Roland Garros title since Margaret Court in 1973.