As fan favourite Ash Barty prepares for her third-round appearance at the French Open, even German opponent Andrea Petkovic is full of praise. 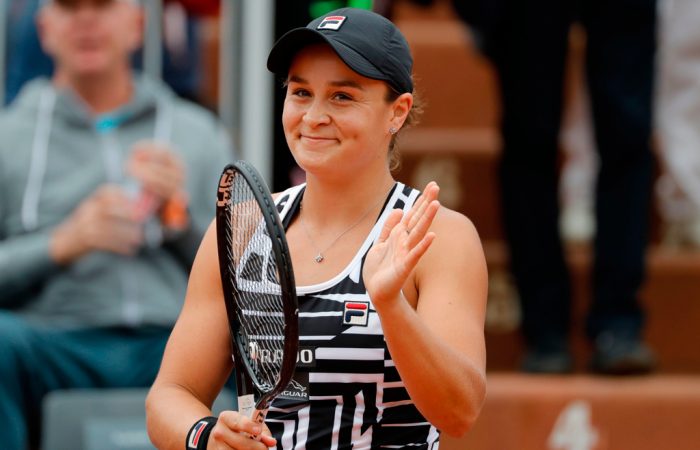 Ash Barty will have one of her biggest fans across the net when Australia’s great French Open hope continues her run in Paris on Saturday.

The eighth-seed will play German campaigner Andrea Petkovic in the French Open third round, while a date with Serena Williams beckons beyond that.

Currently forecast to move up two spots to No.6, Barty could soar to as high as No.2 in the world if she wins the tournament.

Barty’s rise – and her classical style – hasn’t been lost on 31-year-old Petkovic.

“I’ve found myself watching many of her matches (this year),” she said.

“I just love watching players that don’t play same old, same old as we others all do.

“She’s definitely one of my favourites.”

The pair met at the Hopman Cup in 2012, when a 16-year-old Barty was first making herself known.

Since then Barty, now 23, has taken a well-documented break from the sport – playing professional cricket for a season – and returned to establish herself among the tennis elite.

“She was super young, just coming up and I hurt my knee,” Petkovic recalled of her second-set retirement in their only previous encounter.

“I’m really looking forward to the match because I’ve been following her progression this year and just love her game.

“She plays beautifully and she’s so talented and her story is so amazing.”

Barty described the German as “tough as nails” as she reflected on their last meeting.

Petkovic has battled into the third round with two tense wins, the second coming 4-6 6-3 8-6 against 25th seed Su-Wei Hsieh on Thursday.

“I had a few (backhand) slices (from Hsieh) today, so hopefully I’m ready for Ash’s slice,” she said.

Priscilla Hon’s fighting Friday exit to last year’s semifinalist Madison Keys leaves Jordan Thompson as the only other Australian in the draw.