Australian wildcard Priscilla Hon falls to 14th seed Madison Keys in the second round of the French Open. 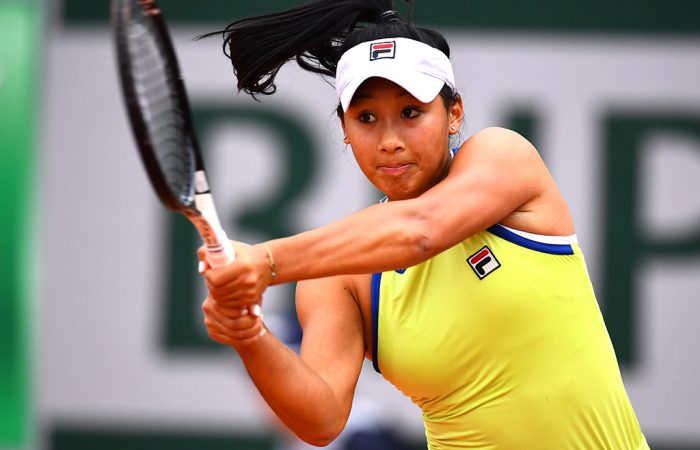 Priscilla Hon could not complete an upset win over Madison Keys as the 14th seed won their final set shootout at the French Open.

The Australian wildcard fell 7-5 5-7 6-3, with the third set resuming on Friday after Hon had forced a decider in fading light and rain on Thursday.

Keys made the final four at Roland Garros last year and boasts US Open final, Australian Open quarter and semifinal and Wimbledon quarterfinal appearances since 2015.

Hon admitted she was surprised at her ability to match the big-hitting American from the baseline, saying “she was expecting it to be harder than it was”.

Keys still did enough to progress, attacking Hon’s second serve on Friday morning as the Australian was left to ponder what might have been.

Heck of a performance by @pribo98 to take Madison Keys the distance at RG and despite the loss she looks better every time I watch her play. Moving up the rankings in a hurry and a lot to look forward to 🇦🇺

“I think the light cost me a little bit and today I had a few chances,” the 21-year-old said.

“It gives me a bit more belief in my game. Just to go into a third with her really helps me to believe that I can play decent tennis.”

Hon admitted that belief had been a major sticking point in her development, but that she was slowly gaining some swagger on tour.

“Sometimes I think too much of the other player instead of what I should be doing,” she said.

“Even a year ago when I would play I would be too nervous and think everyone’s too good for me.

“Mentally I’ve changed bit and want to be winning these matches and even though she was the 14th seed, going into the match I wanted to win and knew I had a chance to.”

Darren Cahill, former coach to reigning champion Simona Halep, later said on Twitter that Hon “looks better every time I watch her play” and that there was “a lot to look forward to”.

“I just saw that before, that made me quite happy,” Hon said of her fellow Australian’s praise.

“I was pretty down; I sat there for like 45 minutes and then saw his tweet and that definitely brightened up my day a little.”